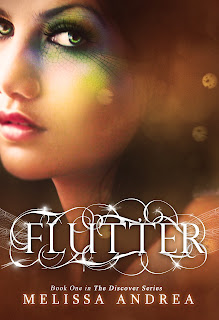 Sara
Sara's life is forever changed -
Waking up, buried & hidden deeply in the last place anyone would want to be, will do that. She is determined to find out how she ended up there & why, but when the only person who can help her, continuously lies to her, she finds herself forced to suffer alone. She can't ignore the strange things that begin to happen to her nor can she hide from the nightmares that haunt her sleep. And when her world collides with Adan - the mysterious boy whom she can't seem to stay away from, literally - she is consumed by the familiar flutter that sparks whenever he is around and she is desperate to discover the reason why.
But the biggest discovery will come from the secret of what she is…

Adan
Adan’s mission to find Sara has finally approached -
It seemed simple: bring her back to the enchanted world that lives, breathes and survives because of her, but he quickly finds himself faced with an entirely new challenge. Immediately, Adan realizes that staying unknown to Sara is a task he will fail before even attempting. The pull to her is far too strong to refuse, and being with her will defy the very reason he existed. He was the key to her survival and loving her was not part of the plan that he had been born to follow. Can he find it in himself too resist the urge to be with her and follow through with their destiny or will he destroy everything that had been left to Sara to protect and defend -
And the kingdom she is unaware she rules…

Flutter
As Sara and Adan struggle to overcome their own separate battles -
There is a far more determined evil that is stalking the shadows and waiting to annihilate them both.
Sara will figure out that not everything is what it seems and knowing what she can and can not trust will be the key to finding out the truth to what happened to her, the reason why she had been buried alive and who she really is…

Sara and Adan will discover the hidden meaning to why she was the reason he existed and why he would be the reason she survived & together they will fight to change the rules and rewrite their fate.