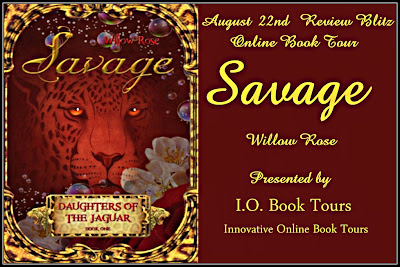 The year was 1983 and I had recently finished my third year of med school at a university in Denmark. I had just left my country of birth for St. Augustine in Florida.  Leaving Denmark was my father’s idea, really. I guess he thought it was about time I left the nest, so he called in a favor with an old friend of his, an American eye surgeon, to take me in and help me get a year at a medical school “over-there.” I can’t say I was unhappy about it. At that time all kids my age wanted to go to the States where stone-washed jeans and Michael Jackson came from. His latest album "Thriller" had just been released and was played on every radio station all over the world. Like so many else I bought the cassette and played it again and again on my Walkman. Where I came from anything that was American was considered hip and cool. That summer before I left, my friends and I had watched the movie Flashdance that made ripped sweatshirts popular and we loved the TV show Dallas and Dynasty that made everybody wear increasingly oversized shoulder pads - even us guys. We drank lots of Coke and dreamt of watching MTV, which at that time wasn’t something you could do in Europe yet and especially not in my small home-country Denmark, where we only had one national channel on our TV.

When reading Savage I was drawn in immediately by the passion and desire that was between Aniyana and Chris, it was captivating and alluring. However, I felt the beginning of the story dragged on for a while until you almost got to the end that's when everything really started. I loved the story line, it was about a Med student from Denmark coming to the US to stay with a wealthy family to continue his education, but he never thought that he would have been attacked by a jaguar and find love in the same place. The ending was a bit disappointing to me. I wanted to see Chris to fight for his dreams and what he believed in, I also wanted to see him and Aniyana fight for one another instead of doing what was "sensible". I felt like there could have been so much more to this story, I wanted so much more out of it, and was let down by it. Although I wasn't entirely happy with the way the story went I can't say I didn't like the book completely in fact I can't wait for the sequel to come out so I can see where life takes Chris and Aniyana.