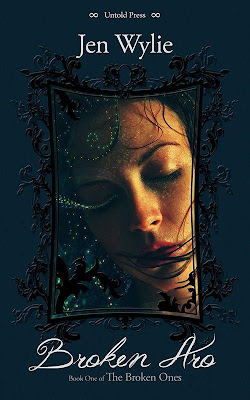 Broken Aro
Book One of The Broken Ones
By Jen Wylie
Published September 2012 by Untold Press (www.untoldpress.com)

Blurb:
Open your eyes to darkness. What do you see? Does the darkness frighten you? Now imagine the darkness being the cargo hold of a slave ship. Your city has fallen. Your family is most likely dead. You don’t know anyone around you, and some of them aren’t even human. Giving up would be so easy to do, but not for Arowyn Mason. Not after being raised in a military family with seven brothers. Every great story should begin with a plan. Aro’s was to escape and to survive.
Escape comes, but at a price. As they reach the shore, Aro and the other survivors learn that freedom doesn’t mean safety. The slavers want their property back and will do anything to get it. The party uses every ounce of their brute strength, a hearty helping of cunning, and even ancient magics to keep themselves alive. Sickness, danger, and even love surprise them at every turn. Dealing with danger becomes their way of life, but none of them ever considered that nothing can be quite as dangerous as a prophecy. Running turns into another race altogether as her world falls to pieces again and again. 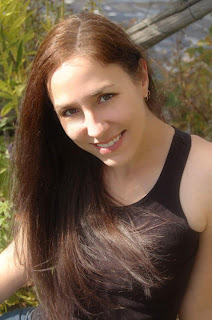 Her eyes opened to darkness.
She wasn't surprised. When bad things happened and you finally opened your eyes it was always dark wasn't it? Because otherwise when you woke up you wouldn't be scared, not right away, not until you remembered. Yet in darkness nothing else could be seen but the memories of what had happened, it didn't matter if you opened your eyes or kept them squeezed closed.
What happened…
She closed her eyes again, not against the memories, but the sudden tears and choking sobs. Still, she tried to notremember, but her head hurt. All of her hurt, but her head hurt the worst. She'd been hit by something, very hard. She had no trouble remembering the pain. She remembered falling to the ground, her brothers screaming her name over the insane loudness of the fighting and everything fading to nothing as darkness claimed her.
She sucked in a deep breath. The fighting. Yes, the city had been attacked. The walls had been breached. There had been fighting in the streets. She had been fighting. Her brothers had been trying to get her out. They had been so close. Had they?
She shifted and froze, terror creeping up her throat and choking her at the same time until nothing but a strangled gurgle came out.
They had not.

Reviews:
“Reminiscent of the epic Lord of the Ring trilogy, Broken Aro is the first installment of a lively new series destined to enslave a new legion of fans for its author, Jen Wylie. Filled with dragons and fey, mortals and slavers, adventure and mythology, Broken Aro is grand adventure in an epic style, a complete stand alone novel that also leaves one eager for more!”
~ Rusty Fischer, author of Zombies Don’t Cry