Blitz: Ever Winter by Alexia Purdy Title: Ever Winter
Author:  Alexia Purdy
Series: A Dark Faerie Tale (#3)
Genre:  Fantasy/Faeries/YA/Paranormal
Publisher:  Lyrical Lit. Publishing
Release Date:  February 28 2013
Synopsis:
Shade is left all but shattered. She must travel to the Ice kingdom along with her 'body guard' Dylan, who continues to be bound with a blood oath to her, where the holder of her magic dwells. Her only chance to right the warring Faerie lands to harmony will be to resist the enchantments of the Ice King, one of the Ancient rulers of Faerie, to regain her power and make it to the Summer Kingdom with her family to claim back her throne.
Only the Ancients of Faerie don't want her to succeed and there are treacheries in every crevice of the land, even among the human mortals and trusted alibis.

Alexia currently lives in Las Vegas, Nevada–Sin City! She loves to spend every free moment writing or playing with her four rambunctious kids. Writing has always been her dream and she has been writing ever since she can remember. She loves writing paranormal fantasy and poetry and devours books daily. Alexia also enjoys watching movies, dancing, singing loudly in the car and Italian food.

Shade’s ears rang from the darkling’s screech and she had the sudden urge to let go of Camulus and Brisa to cover them to make the shearing noise go away. She resisted, afraid she’d end up in some weird teleporting limbo if she dared disconnect from Camulus now. She endured the pain and felt Brisa trying to tug away from her too, probably also in torturous pain. The jaunt could not have ended sooner and she found the entire bunch writhing on the floor from the darkling’s searing call.

Shade followed suit, collapsing to the ground and grabbing at her ears. Moments passed before the relentless ring faded away, leaving them all breathing hard and sweating buckets. Shade pulled her arm away from her ear to grasp her other arm, which now was throbbing with a searing pain. Slowly opening her eyes as she breathed deeply in and out, she saw why her arm was hurting so much. A black spot where the darkling had touched her right before they had teleported away stood stark against the pale skin of her forearm. It sent spikes of pain radiating up her through her elbow, up her shoulder and into her chest. She gasped, gritting her teeth from the agony.

The others were now finally getting to their feet, some still dazed from the deafening screech. Dylan held his hands on his knees, crouched down as he shook it off his senses. Noticing that Shade was still on the ground, he hurried toward her and knelt down. She was grabbing her left arm and shaking uncontrollable, tears leaked from both her eyes and her face was screwed up in pain.

“Shade?” He pulled her up to sit against him but she could barely open her eyes to register him.

“It’s burning!” She gasped, clutching her arm against her chest, cradling it softy.

“The darkling, it touched me before…before we left.” Shade tried to breathe the pain away, but it was winning and she wasn’t sure how long she would stay conscious. “What is this?”

“A darkling’s kiss.” Soap slid down to check out the wound. It was hot around the edges and the black spot wasn’t growing. Still, Shade grunted through the torturous agony. “When a darkling marks you, it dies. In death, its touch poisons your blood slowly until all of your blood turns black and you either become a darkling or…” he cleared his throat, looking solemn. “Or, you die. But it takes just a few days.” 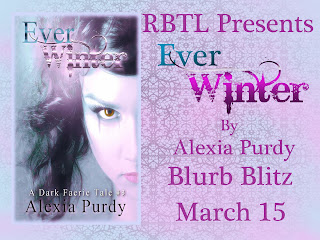