Blog Tour: To Breathe the Breath of Isis by Elizabeth Marx Title: To Breathe the Breath of Isis


Blurb:
One woman. One man. An eternity of love hammered into twenty-one pieces of silver.

Marguerite is a victim of a vicious attack. The resulting brain damage causes amnesia and when she inexplicably appears in a tomb in Thebes, she insists she was coming to meet Robert Bruton. Disorientated, destitute, and alone, she senses that her necklace has led her to this familiar swashbuckler who takes her breath away; however, he claims he does not know her.

Lord Robert Bruton, eminent Egyptologist, and possible spy for the crown, has never discovered anything as captivating as the young woman he recovers unconscious on his dig. He has staked his career on finding the final resting place of Queen Tiye and wonders why Marguerite possesses a piece of jewelry belonging to the Eighteenth Dynasty queen. She could be a tomb robber, an American spy, or a madwoman spouting fantastical stories.

As the necklace’s curse is revealed, the fire of Marguerite’s and Bruton’s ancient bond burns between them. But when Marguerite disappears, Bruton fears that the wings of Isis have carried away the true treasure he has been seeking his entire life.
For to breathe the breath of Isis is to be reborn. 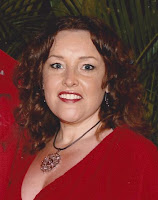 Windy City writer, Elizabeth Marx, brings cosmopolitan life alive in her fiction—a blend of romance, fast-paced Chicago living, and a sprinkle of magical realism. Elizabeth resides with her husband, girls, and two cats who’ve spelled everyone into believing they’re really dogs. She grew up in the city, has traveled extensively, and still says there’s no town like Chi-Town.

Marguerite had spent two weeks in the desert with her task master. He was quiet except for his constant examination of her knowledge of Egyptian history. Lord Bruton had a rugged swagger and raw strength that probably frightened most of the damsels of the day, but because he seemed familiar to Marguerite she ignored his bravado.
They dined alone under the stars most evenings, a fire mingling between their piecemeal conversation. Bruton spent most of his nights playing records on his phonograph and studying her under hooded eyes that revealed nothing of his thoughts. He tried to convince her to sleep in one of the tombs to avoid the cool nights, but the thought of the confinement was more than she could bear, so she slept on a pallet across the tent from him.
She woke early this morning to find him gone. It wasn’t the first time she’d awoken to his empty pallet, but he usually snuck away in the darkest part of night. Marguerite tore her covers off, dressed and went to work, telling herself that who he was with was none of her concern.
Marguerite’s work table was positioned so that the shaft of daylight fell over the surface, and she could read the papyrus document. The stagnant air dancing with dust motes moved, and a shadow fluttered down the stairs of the tomb. Down one step at a time, over the surface of her sheltered respite, the silhouette bringing the dry scorch of the desert. Marguerite stopped dabbing the hanky across her upper lip to glance up from her transcription to stare at the figure whose features were hidden under the brim of his hat.
Bruton put his hands on his hips. “What on earth are you doing now?”
“I’m working.” She brought a hanky to her brow, but it was dry, like the fine filament of a shroud. She considered the rest of the tabletop, wondering about the location of her water canister.
“Is there a particular reason for your state of undress?”
Marguerite imagined the exasperated look on his face, happy that she couldn’t see it because after fifteen days, it was losing its desired effect. “I’m only partially unclothed. I came down expecting to remain alone. You went roaming the desert without me, again, remember?”
“Why?”
“Why?” She refused to look away from the papyrus, drawing a magnifying glass over the textured surface, forgetting the heat and the water canister. “Because you enjoy keeping me up to my elbows in work while you traipse off into the luxuries of Luxor.”
“Why are you partially unclothed?” He took the last of the stairs moving behind her, gazing over her shoulder. “What is this?” he asked, snatching her corset, which was dangling off the snout of a dog-headed ceramic figurine.
She eyed him from the corner of her eye, pretending to squint from the reinfusion of light. “That would be the most preposterous women’s undergarment. I plan on sacrificing it over the spit at dinner.” She made another note in the margin.
“I believe that this is a necessary woman’s undergarment for a woman with your kind of figure.”
Marguerite looked up with narrowed her eyes. “I am too busy to care about your insults right now.”
“Knickers, you confuse insult with observation.”
“Yes a very keen one,” she started fanning herself with her sketch-pad, since the temperature seemed to suddenly rise.
“Do you really have time for a break when there is so much copying to be done?”
“Do the papers strewn everywhere indicate inactivity?” She huffed. “Anyway, I’ve copied everything that you asked for, Herr Kommandant.” She extended her makeshift fan and was sorry for its loss.
Bruton opened the pad, amazed at the accuracy in all the tomb drawings, which were beautifully rendered. She had gone so far as to color in a section of each wall so that he had a feeling of the overall color scheme.
It was more than he expected, and he continued paging through the drawings until he came to a sketch of Zita, it was detailed, capturing her sweet disposition in the thoughtful strokes around her eyes. Dr. Beshwani was on the next page, and she had drawn his austere manner in a handsome fashion. Agnes followed, without her habit, her hair down around her elbows, and the overall effect was quite seductive.
He turned the next page and stared at his own reflection. She had gotten him precisely right, down to the fine lines just starting to form around his eyes. The only thing missing was his goatee. “You must not care much for my facial hair,” he said rubbing his jaw thoughtfully.
Marguerite turned away from her work to wrangle the portfolio away from him. All her jostling drew his attention to her shirtwaist which was partially unbuttoned, exposing the lace of her chemise. She cleared her throat, trying to get him to look at her face again, but when he didn’t, she said, “I don’t think the absence of the corset bothers you as much as you let on.”
He gave her a wry twist of his lips. “I never said I minded it at all, Knickers.” He winked as he released the book, taking her in leisurely.
She turned back to her work. “You know if I didn’t know better, I’d think you’ve been watching me.” He couldn’t contain himself; a broad smile erupted, exposing his teeth. “You are the most intriguing thing I