1. What inspires you to write??

I jokingly say it's because no one listens to me here at home. Actually, I work in a very technical field (I've edited for over 10 years and opened the doors of my own publishing company two years ago so lots of cat herding there), writing is my creative outlet. Stories come to me when I'm running, driving, zoning out, whatever. When I was a kid I was always writing or daydreaming and we moved a lot so a lot of that I think is just self entertainment.

2. You have several books that you have released, which is your favorite one so far??

Boy. I'd have to say my first series, The Empath Trilogy holds a special place in my heart because it was my first. However, I got to really let go when I stepped it up to the adult genre. *coughs* Certain boundaries we just shouldn't cross in the YA genre even if it is marked mature YA.

3. Is there any work in progress that you can tell us about??

Well, I'm currently working on the 3rd in The Admiral's Elite series (Second Sight and Into the Light) and I do have a follow up to The Path that's in the works but I'm kind of stuck. Also, I write under another name, Kathleen Todd. That's the VERY adult stuff and the first contemporary romance is coming out hopefully around Christmas but only digitally. Shh, don't tell. Also, this fall (Sept) I've got a new contemporary romance coming out called An Undying Oath. Soldiers, WMD, government conspiracies and black market deals all swirling around a group of hot ex-soldiers and a woman who receives a mysterious package in the mail.

4. You are the founder of Staccato Publishing, can you tell us how publishing for other authors is going for you??

I LOVE publishing other authors. To be a part in making their publishing dreams come true is so amazing. It's still one of my favorite feelings to get the email or sometimes picture of the box of books when it shows up at their house and they hold it for the first time. Recently, Staccato Publishing was nominated and made finalist (top 3 of 77 publishers and over 378 entries in the category) for one of our authors, Donna Milward with Thoeba. Thoeba was her debut and she came to us after an unsatisfying relationship with another publisher. We've been a good fit and I got to send her a copy of her book with a shiny silver sticker on it that tells the world she's got a hell of a story.

Well, I had never heard this question before until recently so my answers are fresh in my head. OTHER than my boys who of course are hand picked by me and clearly to my tasts (James from Empath, Michael from Admiral's Elite, Ben from Life Blood, Drew from The Path, Justin from An Undying Oath. So, other peoples:
Eddie Chavez from Kristen Ashley's Rock Chicks series
Barrons from Karen Moning's Fever series
Ghost from Julie Ann Walker's Black Knights series

When I find out I'll be sure to tell you. Thus far what I've figured out is that I'm a grown up who refuses to grow up, I see adventure and fun everywhere and I'm trying like crazy to get my share of it before I run myself into the ground. My family mostly shake their heads at me but that's okay cause as long as I'm entertaining them it's cool. I run cause I love to eat and I can't afford new pants every week when I grow out of what I have, I volunteer at the VA because I have the utmost respect and gratitude for our armed forces, I love music and hate tv, and more than anything I love stories. 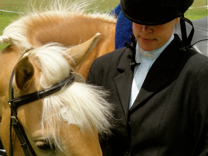 7. Are any of your characters based off of someone you know??

It's hard to come up with characters without touching on personal experiences. None of them are officially people I know but those closest to me have pointed out they see parts of folks we've known along the way and even bits of me in them. I never want to offend and I'm not using my stories to make statements about these folks but I've borrowed bits and pieces of experiences and who folks are to make better characters and make them relatable. Nothing worse than characters you can't feel. It ruins the story.

8. If you could be any character who would you be and why??

From my books? Probably Becca from the Admiral's series because she's kick ass. She was my first character (to some extent Cassie in The Path) to really take control of her life and work it despite the bum deal fate decided to give her. That and she gets to run around with Michael (who some fans have renamed Captain Yummy and even made tshirts).

9. You recently released, Into The Light, the sequel to Second Sight. What can you tell us about this series??

This series, as you can tell, is a favorite and fresh in my head since I'm working on it right now. It's an Urban Fantasy/ Paranormal Romance involving humans with special abilities and supernatural creatures. Yep, it let me get back to my first love in the PNR world- vampires! The premise is that there are creatures out there who need to be policed to make sure they're not wreaking havoc on the human populace and throwing things out of whack. Those same creatures need protection too. So in comes The Admiral's Elite. A hand picked team by the much loathed Admiral Black consisting of vampires and werewolves who keep things in balance and in line. Becca Sauter is a human but also clairvoyant and when the admiral sees her, he wants her for his team and will use whatever he can to tie her to them including his second in command, Captain Michael Rossi. Michael hasn't wanted anything to do with fragile humans since he was turned into a vampire in WWII but now he's got one in his face and under his command. The characters are really coming along and opening up. Book 1, Second Sight, was about Michael and Becca, book 2, Into the Light, picked up on Gabrielle and Ryan, and even told us more about the mysterious admiral. Book 3, a WIP, really gives you some things to think about with the admiral and the rest of our cast. Not sure if we'll go 4 books yet we'll have to see how 3 goes.

Edgar Allen Poe because he can creep a story under your skin to the point it's years later and you find yourself thinking about it. Very good.
Also, Kendall Grey because she has the biggest set of cojones of anyone I've ever met. She goes out there and self-pubs her work and does it better than anyone I know. I read one of hers, Inhale, when it first came out and wrote a review. She not only thanked me, but she and I started talking. She introduced me to a number of wonderful other authors and I've cannot tell you how invaluable that is for those of us living in this solitary world of writing and publishing.
Gail Carriger as well. Her Parasol Protectorate series makes me wish I was a better writer. She's got such wonderful characters, fabulous turns of phrase and a subtlety I think a lot of we americans of John Wayne and Die Hard heritage lack. Don't get me wrong, love in your face action and dialogue but there is certainly an art to the less flamboyant styles.

Thanks for having me Amber. You do such a wonderful service promoting authors and their books, it's invaluable and without you some of us would just be sitting on a street corner shouting at strangers and scaring children, begging them to take our books off our hands.