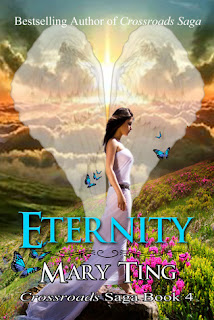 Synopsis:
Having happily ever after is never easy when evil lurks nearby. Now that Claudia has her memories back and her life seems to have settled down, the fallen have come out of hiding with the news about Aliah’s and his demons’ death. The fallen coming out of hiding is not a concern; there are those who want to be left alone. However, one particular fallen, Dantanian, is hungry for revenge. Being one of God’s first fallen angels, he is the evilest of his kind, known as an angel of many faces. He will do anything to get his way, even if it means forcing others to join him. And he will stop at nothing to get Michael on his side.

Dantanian will torture, kill for pleasure, and concoct evil schemes to get Michael’s attention; and once in his hands, he will try to destroy all the happiness Michael fought so hard to gain. Having no support from the Twelve, and with Claudia temporarily losing her powers, the venators and the alkins must work together once again to save their friends. As death draws near to those captured by Dantanian, will the gang reach them in time? Or will Michael return to the dark angel he once was and destroy everyone he loves? 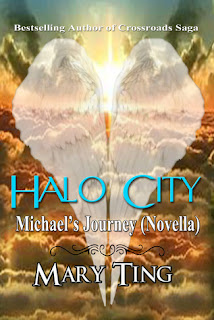 Synopsis:
When a massive group of angels known as nephilim—half human, half angel—had been found by the Royal Council, they were taken to Halo City. Instead of cleansing the Earth with a flood, which had been done before, the Royal Council created a place just for this group of angels. While they were being taken, one of the Twelve, named Aden, rebelled and convinced many alkins to join his cause—to live freely among the humans and take over Crossroads.

After the fall of Aden and his followers, Michael was taken to Halo City to heal. Not only did Michael had a difficult time settling into his new environment, he had conflicting issues regarding his past. Upon meeting the alkins, a particular one by the name of Davin refused to give up on helping him deal with his struggles. Together, they discovered a strange being that would appear at the Crossroads at unexpected times. Souls wandering there is nothing new, but this one aged as time passed. Mystified, they both searched for answers while refraining from telling the Twelve about her. Who is this being that had enraptured Michael’s attention? And will Michael finally forgive himself and find the happiness that he yearned to have? 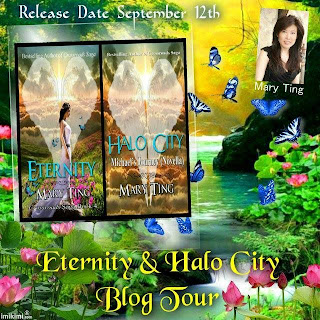 “Jealous are we? I’ve got your attention didn’t I? You were kind of paying more attention to the books than me.” Michael gave a wicked grin, carefully shelved the book back into its space and placed his hands on her waist. Peering down at her eyes, his body pressed into hers.
“You’re not looking for a book boyfriend, are ya?” His tone was low and playfully challenging.
“Now, who’s the jealous one?” Claudia’s finger traced his lips. Michael slightly turned his head and teasing licked and nipped her finger. “No, I don’t have a book boyfriend cause only a real boyfriend could make me do what I just did, Mr. Michael. You made me wet.” 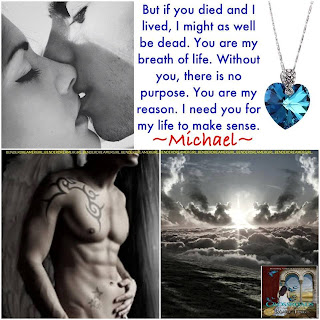