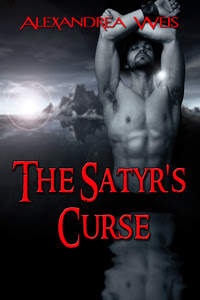 
Blurb:
Gruesome murders are rocking New Orleans. But Jazzmyn Livaudais is too busy running her restaurant to pay attention to the sensational headlines. And when the charismatic Julian Devereau enters Jazzmyn’s life, she becomes even more distracted by the handsome stranger.

Seduced by Julian’s charm, Jazzmyn is swept up in a passionate romance. Then she learns the horrific truth about Julian and the murders. Cursed to an unending life where no woman can satisfy his lust and no wine can quench his thirst, Julian needs Jazzmyn’s love to free him from his torment. But Jazzmyn is in love with someone else. And Julian isn’t very happy about it. He vows to keep on killing until Jazzmyn submits to his will. For Jazzmyn Livaudais the nightmare is just beginning. 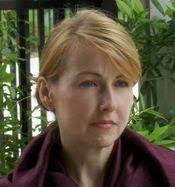 Alexandrea Weis is an advanced practice registered nurse who was born and raised in New Orleans. Her first novel, To My Senses, introduced readers to the world of Nicci Beauvoir and garnered numerous awards and rave reviews. Her popular second Nicci Beauvoir novel, Recovery, won the Gold Medal for best romantic suspense from The Reader’s Favorite Book Awards 2011, and was named best Romantic Suspense novel by the Spring 2011 NABE Pinnacle Book Awards. Her fourth novel, Broken Wings, won best Contemporary Romance by the NABE Pinnacle Book Awards in 2012, was a Silver Medal winner in the ForeWord Magazine Book of the Year Awards for Romance, as well as a finalist in the USA Book Awards for Romance in 2012, and a finalist in the Reader’s Favorite Book Awards for Contemporary Romance for 2012. Diary of a One-Night Stand, was released in August 2012 and was named a Paranormal Romance Guild’s Best Reviewed of 2012. Her last novel, Acadian Waltz was a Readers’ Favorite Book Awards finalist for Best Contemporary Romance and Best Southern Fiction. A permitted wildlife rehabber with the Louisiana Wildlife and Fisheries, Weis rescues orphaned and injured wildlife. She lives with her husband and pets in New Orleans.
Author Links
Author Amazon: http://www.amazon.com/Alexandrea-Weis/e/B0028OJO6C/ref=sr_tc_2_0?qid=1345901735&sr=1-2-ent
FB https://www.facebook.com/pages/To-My-Senses/113609858681394
Twitter: https://twitter.com/alexandreaweis
My website: http://www.alexandreaweis.com/index.html
Goodreads: http://www.goodreads.com/author/show/1211671.Alexandrea_Weis
Blogspot: http://alexandreaweiscom.blogspot.com/

Julian put his glass of wine down on the table. “Maybe it is time for a change of tactics.”
Jazzmyn cringed as he came up to her side. “I don’t know if I like the sound of that.”
He moved closer to her and placed his hands about her waist. “I like you this way.”
She ran her hand up his thick chest. “What way?”
“Challenging,” he replied as he enfolded her in his arms.
“Some men might call it obstinate.” She slid her arms about his neck.
“Not me,” he admitted, holding her close.
Julian began swaying to the steady drumbeat of a strange melody drifting down from the balcony above.
Jazzmyn moved along with him, easing her body side to side in time with the hypnotic rhythm. The small garden echoed with the sound of flutes, cymbals, and a seductive drumbeat.
“What is this?” she asked while gazing up at the balcony where the tune was emanating from.
“Very old music, almost ancient. Fascinating, isn’t it?” He dipped his mouth closer to her ear. “Close your eyes and let the music in, Jazzmyn. Just give in to it.”

The heat rising from his skin permeated through her thin dress while his enticing scent tantalized her. His arms felt strong and sure about her as his hips gyrated suggestively against her body. She closed her eyes and lost herself in the dance as her longing for him began to build.
“You smell like spring,” he whispered as his hands fervently roamed up and down her back.
Jazzmyn’s body heaved with pleasure as she pressed against him. She fought to control the desperate surge of desire that was taking over her rational mind. Her thoughts became obscured with images of the two of them, naked and holding on to each other in the darkness. The ache from her loins was so intense that she almost moaned against his chest. Her hands squeezed his shoulders as she imagined him moving inside her. It was as if the nearness of him set off some kind of chemical reaction in her body. It was an all-consuming lust for him, a want like she had never known. Sure, she had experienced passion with a few men, but no man had ever evoked such desperate need in her. Unexpectedly, an image of Kyle, making love to her in front of her living room fireplace, stunned her out of her trance. She suddenly pulled back from Julian, feeling like a frightened doe, running for her life in the woods.
“What is it?” he asked, noting the change in her.
She shook her head. “Maybe I had too much wine. I just felt dizzy for a moment.”
He placed his arm about her shoulders. “Come and sit down.” He escorted her to the table and pulled out a chair for her. “Here.” He reached for her water goblet. “Drink this, it will help steady you.”
She took the glass and gladly sipped a few deep gulps of the cool water. The fire in her belly cooled and her head immediately cleared.
Julian kneeled beside her chair and worriedly examined her face. After she put the glass down on the table, she finally turned to him.
“I don’t know if it was the wine or the dancing, but I just had the most unusual feeling.”
“What kind of feeling?”
“An intense feeling of….” She rubbed her fingers back and forth over her forehead. “I don’t know how to describe it.”
“You were thinking about us…about how we would be together,” he murmured in a sultry voice.
Jazzmyn stared at him in disbelief. “How can you possibly know what I was thinking?”
His slowly smiled. “I can feel your thoughts.”
She sat back in her chair, shaking her head. “I’m sorry. I must come across as a timid schoolgirl, but I guess I’m just a little overwhelmed by you.”
“You are hardly a timid schoolgirl.” He held out his hand to her and Jazzmyn took it. He pulled her from the chair and wrapped her in his arms. “You’re a woman with desires and needs. And I am a man.” He lowered his face to hers. “A man who desperately needs you, Jazzmyn.”