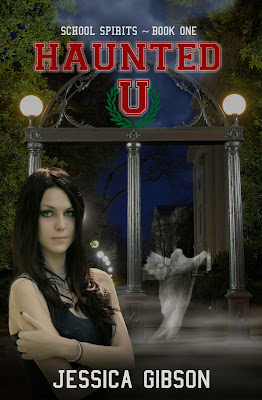 Blurb:
Ezzie Lovegreen lives in a world where witches and ghosts are real. That doesn’t mean she’s not surprised when she’s suddenly being haunted by one at school.

With the help of her best friend Stella, her boyfriend Beau, and her grandmother Winifred, Ezzie must find out what happened to the ghost and set her free.

Secrets will be revealed that could change Ezzie’s life forever. Will Ezzie be strong enough to face the challenges set in her path? 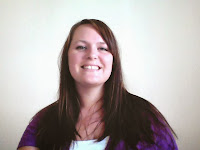 Ezzie pulled her Range Rover behind her dad’s vehicle. Beau parked right behind her in his truck. He was at her door in an instant and held a hand to help her out of the car.
Addelyn was waiting for them in the open doorway, a huge smile on her face, and looking perfectly put together in a lavender shirt-dress and black heels.
“Why, Beau, you are getting so handsome. It’s been ages since we’ve had you over for dinner. How’s your mama?”
Beau smiled and kissed the cheek she offered him. “Thank you, Mrs. Lovegreen. You are looking as lovely as ever. Mama is great. I’ll tell her you asked after her.”
Addelyn nodded and turned back into the house. “Let’s go eat. Dinner should be ready right about now.”
“I need to drop my stuff in my room. You can come, or go find my dad. I’m sure he’s in his study.”
Beau gave her a look. “I think I’ll go with you.”
Heat bloomed in Ezzie's cheeks again. The look he had just given her was anything but platonic. She smiled shyly and led him back to her room but stopped at the door. He had never been in her room before. No boy ever had. This was new territory for her. She shook herself mentally and stepped over the threshold into her room.
Beau stood in the doorway for a moment, looking around.
“You can come in,” Ezzie said softly.
He smiled and walked in, running his fingers across the surface of her desk.
“That was my grandfather’s.”
He nodded. “I remember seeing it in his study when we were kids.” Beau took a step toward her. He bridged the gap between them with his hands, drawing her the last few steps.
“Beau...” Her heart pounded in her chest.
He tipped her chin up and touched his lips to hers lightly. Ezzie lifted her hands up and around his neck, pulling him closer to her. She pressed her lips more firmly against his. She couldn't believe they were really having their first kiss in her bedroom with her parents just down the hall. Beau’s fingers wove into her hair. He finally pulled away a bit and laid his chin against her forehead, his arms still around her.
“Just so we’re clear, I want to be more than just your friend, Ezzie,” he whispered.
If Beau hadn’t been holding her up, she would have fallen to the floor. “I want to be more than your friend too, Beau,” she breathed.