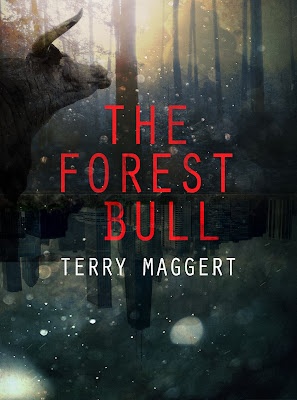 Synopsis:
Three lovers who stalk and kill the immortals that drift through South Florida (tourists are a moveable feast, after all) are living a simple life of leisure- until one of them is nearly killed by woman who is a new kind of lethal.
When Ring Hardigan isn’t making sandwiches for, and with, his two partners, Waleska and Risa (they’re cool like that), he’s got a busy schedule doing the dirty work of sending immortals to the ever after. Wally and Risa provide linguistics, logistics, and finding the right place for him and his knife- together, they’re a well-oiled machine, and they’ve settled into a rhythm that bodes ill for the Undying. Warlocks, vampires, succubae and the odd ghoul have all fallen to their teamwork. Life is tough, but they soldier on killing the undead, liberating their worldly goods for charity, and generally achieving very little.
-Until Ring wakes up after nearly dying at the hands of a woman who may or may not be the daughter of Satan. Ring’s a tough character, for a boat bum (killing immortals sort of rubs off on you that way), but twelve days of comatose healing are enough to bring out the ugly side of his temper. When a letter arrives asking for their help finding a large collection of stolen heirloom jewelry, they form an uneasy friendship with the last Baron of a family hiding in a primal European forest.
Cazimir, the Baron, has two skills: Jeweler and preserver of the last herd of forest bulls. It’s an odd occupation, but then, Ring, Risa and Wally aren’t your everyday career folks, and Cazimir’s lodge might be sitting on something that looks a lot like hell, which, according to a 2400 year old succubus hooker named Delphine, is currently on the market to the strongest immortal. The Baron’s impassioned plea to find the jewelry comes with some conditions- he doesn’t want the collection back as much as he does the thief, Elizabeth, who happens to be his daughter- and the woman who nearly sent Ring to his grave.
In a tapestry of lies, it’s up to Ring, Wally and Risa to find out what is evil, who is human, and exactly who really wants to reign over hell. 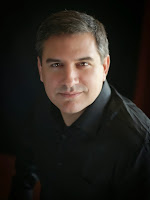 Born in 1968, I discovered fishing shortly after walking, a boon considering I lived in South Florida. After a brief move to Kentucky, my family trekked back to South Florida, and it was at this time that I made the first of my Big Career Changes, breaking from my daily fishing habit to play the saxophone in middle school. I took this leap of faith under advisement from my Consigliore/ Grandfather, who assured me that this was the way to impress girls.
In a rare occurrence, he was wrong. This isn’t surprising considering he had been a Big Band leader in the 1930s, which, I have since learned, was a certainty for impressing girls. Middle School saxophone played by a cherubic pre-teen? Not so much.
I had the good fortune to attend high school in idyllic Upstate New York, where I learned the meaning of winter-- and how to seize the whole of summer.
After two or three failed attempts at college, I bought a pub. That was fun, because I love beer. However, I eventually met someone smarter than me (a common event), but in this case, she married me and convinced me to go back to school - which I did, with great enthusiasm. I earned a Master’s Degree in History and rediscovered my love for writing. I had written for most of my life, but it was only fatherhood and a herd of dogs/cats/etc. that gave me the time management skills necessary to finish a novel, and actually see several more in my future.
I live near Nashville, Tennessee with the aforementioned wife, son, and herd, and when I’m not writing, I teach history, grow wildly enthusiastic tomato plants, and restore my 1967 Mustang.