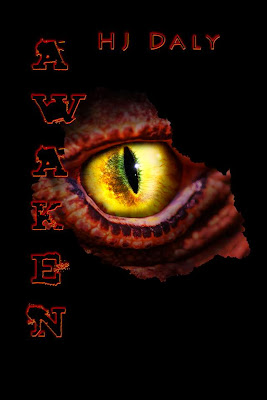 Synopsis:
Two years later and Esa is still fighting her internal battles, as well as those who seek to destroy her growing power.
Sent on a mission to seek out new threats, Esa’s life is one fight after another with goblins, trolls, witches, and sorcerers to try and stop her. One night she is totally overcome by a terrifying nightmare of death on such a huge scale that it has her running for home. It is not something she can run from, and as a new power consumes her she truly understands what a monster really can achieve, but is the monster the creature before her or does it lie deep within her own soul?

HJ has always loved stories, and writing became a natural progression to reading. Reading with her own children and then at schools in a hope of capturing the hearts and minds of the young. It wasn’t always about writing though, during her late teens, HJ stepped up her Latin American dancing and travelled Europe.
If you want to read more about HJ, or see sneaky peaks of books to come, along with other interesting post go to http://redribbonwrites.blogspot.co.uk/ 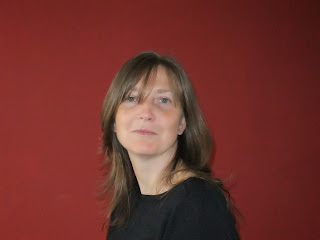 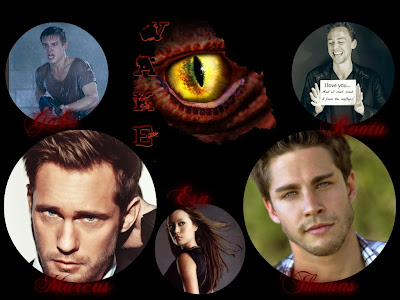 “You’re right I don’t know about the war.” She continued. “No one bothered to talk to me about it. It never seemed important.”
“Not important!” Yelling, Joseph closed the gap between them. “If you don’t know the history how can you make informed decisions. You of all people should be aware that your choices could bring us back to the brink of extinction.”
“What do you want from me?” She yelled back before Thomas could interrupt. “I’m not the one making decisions except about myself.”
“No? Then you are more dangerous than I thought.” Out of the corner of his eye, he saw Thomas stand. Even now when it was family, he knew Thomas would back Esa and it scared him, though he would never admit it. There was something about this girl that he couldn’t trust or was it just his instincts telling him that he was about to lose his son, just like he had with Andrew. Not wanting an all out row, he turned to leave but stopped when he felt her hand grab his arm.
“If you think it’s that important, tell me.”
Taking a deep breath he nodded, returned to the table and started stirring his soup, with no desire to eat it. “The war started with an insignificant incident between two opposing factions in the Middle East.” Esa said nothing but was lost already. Seeing the confusion on her face, he tried again. “The powerful countries got dragged into it and the weapons got bigger. That’s when everything changed.”
“I’ve heard people talk about the Pulse as a weapon but I don’t really know what it did.” Esa stated tentatively, aware that every eye was on her.
“The world we used to live in revolved around technology. Everyday life didn’t move unless we were plugged into a computer of some sort.” Noting the lack of understanding he continued. “Even going shopping, we would go down to the store and buy bread and milk. The store bought items when their computer told them they were needed, which told another computer so it would be loaded onto the trucks.” He shook his head. “From the biggest companies to the smallest ones, technology was used to grow crops or breed livestock. Without it, everything stopped.”
“But we’ve learnt to do without, why was it so bad then, why did so many people die?” Curiosity got the better of her and she leant in wanting more answers.
“The weapon, the Pulse, was set off to incapacitate a town, so soldiers could attack without resistance, but it went oh so wrong. Whatever they did, the Pulse wouldn’t stop. There was little warning. Any craft in the sky cut out and fell to the ground killing everyone in it and of course anyone it hit. You must remember that there were hundreds up there carrying thousands of people.” He looked up and saw everyone staring at him open mouthed. They had to hear this, had to understand that it could all start again. “By some miracle they managed to slowly power down the nuclear plants and only one exploded, but the hospitals couldn’t cope with the injured and many died of infection. It was worldwide chaos.”