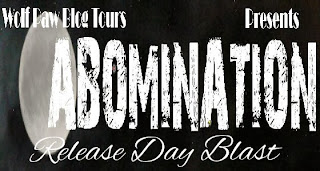 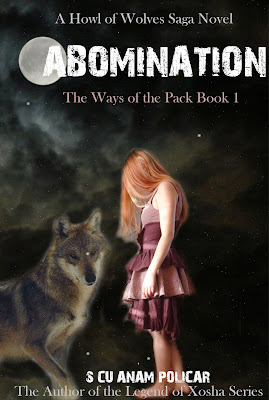 
**This book contains course language, sex, death, and at least one scene some may find offensive. It is not recommended for readers under the age of 18**I didn’t ask to be what I am.I didn’t ask to be created.Everyday my very blood wars against itself.They don’t understand.They didn’t save me.They only turned me into an Abomination.Born a wolf, created to be a monster. Katalina DarkLaw, daughter of the DarkLaw pack alpha, finds herself losing more and more of who she is with every day that passes. Leaving behind a trail of murder and blood, she flees from her pack, right into the arms of Silver Von'Dyre, perpetual bachelor and alpha of Von'Dyre pack. Will his faith in her be enough to save her? Or, will she become the monster she fears she already is?

S.Cu'Anam Policar was born in Brooklyn, NY, but now lives in Washington State. The Mother of three she makes time to write, usually late at night.An avid reader, she not only writes but helps promote other authors with blog tours and reviews of their books.She is Pagan but respects all religions and believes everyone should celebrate their similarities and not worry about their differences.When she has the time, she enjoys playing video games, horseback riding, singing, and writing things short stories.She absolutely loves to make new friends so don't be afraid to come by and say hi on facebook!

Silver’s PoV
“Missie,” I addressed the only female in the batch of betas. “How about you take me to your brother, and then you and Vandyl can go visit your den?” I plastered on my best smile. Missie’s had a crush on Vandyl since we were pups.Missie released her Tru’San. She looked like her brother. Trust me, on a female that was not a good thing. She looked like DarkLaw with tits; it was disturbing really. With her hooked nose, beady little eyes and hair in places no female should have hair, I cringed inwardly and I almost felt bad for what I was about to have Vandyl do… Almost.She slithered up to Vandyl and practically threw herself at him. It was all I could do not to laugh at my poor second. Vandyl looked absolutely horrified. Bet that fucker never calls me “old” again after this.“Really Vandyl? You finally ready to experience all of this?” Missie asked as she moved her pudgy hands over her bloated body.Vandyl turned almost as green as his hair and looked to me for help. I winked to him and gave him a smirk.“Oh yeah Missie, he’s been talking about getting up in there since I told him we were going to visit Chos.” I nodded for emphasis.Vandyl’s cutting gaze shot daggers at me as he mouthed. “I’m going to fucking kill you, Silver.”A snort escaped me. “Now you have the three musketeers over here take me to DarkLaw and Vandyl’s all yours.”Her beady little eyes twinkled, I patted Vandyl on the back as Missie grabbed his wrist tightly in her meaty hand and dragged him away. I chuckled softly as I followed the three betas into the cover of the trees. 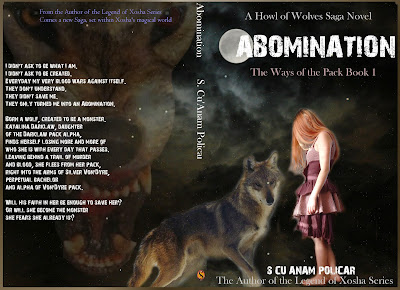