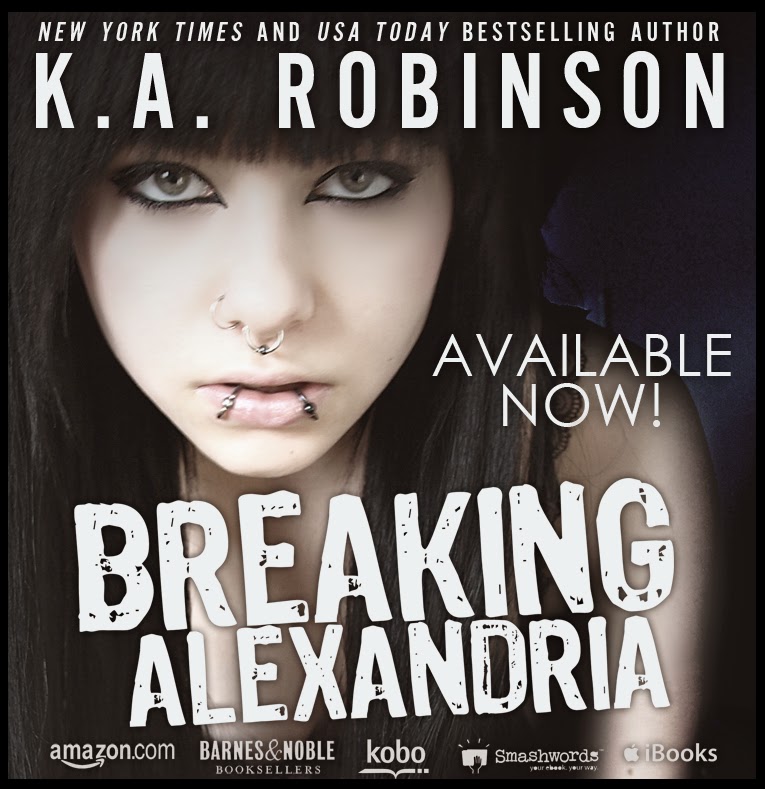 Synopsis:
Alexandria’s
drug-dealing boyfriend, Joel, isn’t exactly the white knight she’s always
dreamed of, but she can’t deny the crazy connection they have. She would do
anything for him, including helping him sell drugs in order to fit perfectly
into his world.

After catching Alexandria dealing for Joel, instead of turning her into the
cops, Alexandria’s mother forces her to move to her grandparents’ farm in West
Virginia. Spending the summer in the country, away from Joel, is the last thing
Alexandria wants to do. But lucky for her, the sexy farmhand, Landon, who helps
out around her grandparents’ place, is a very nice distraction. She tries her
best to ignore her attraction to him, especially since she still loves Joel.

When Joel does the unforgivable, Alexandria turns to her new friend, Landon,
for comfort, and it ignites an undeniable spark of attraction between them.
Soon, she finds herself caught between two very different men, and the
struggles within her heart just might end up breaking Alexandria. 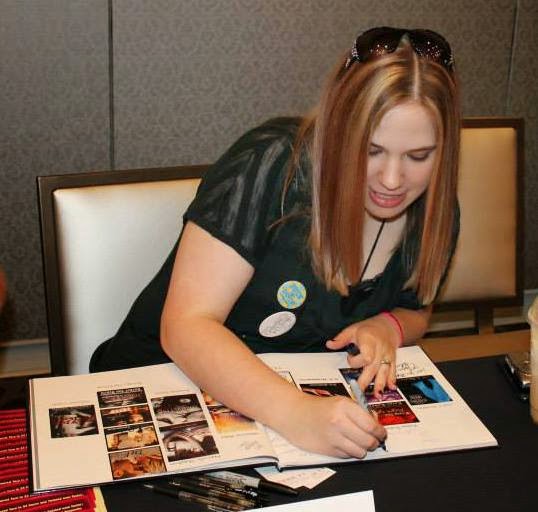 Facebook: www.facebook.com/karobinson13
Twitter: @karobinsonautho
Website: www.authorkarobinson.blogspot.com
Mailing list: http://bit.ly/18Ec6X7
K.A. Robinson is the New
York Times and USA Today Best Selling Author of The Torn Series and The Ties Series. She lives in a small town in West Virginia with her husband and toddler son. When she isn't writing, she is reading or listening to rock music. 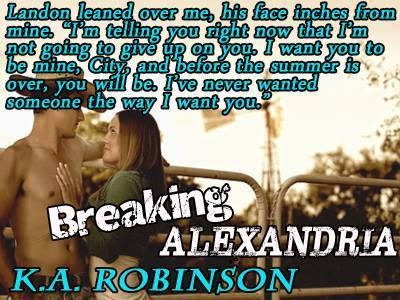 “Relax, okay? I’m not going to try to do dirty things to you in the back of a movie theater.” He paused for a second. “Unless you want me to.”
“Shut up and watch the movie.”
-Landon and Lexi


Other books by K.A. Robinson: