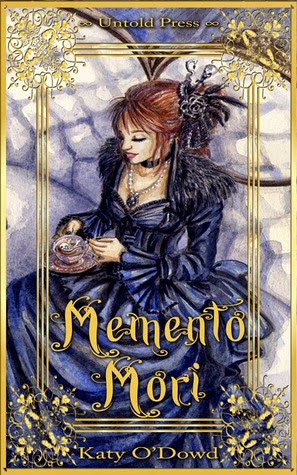 Blurb:
Take tea with the Victorian Mafia – organized crime has never been so civilized
Revenge is a dish best served cold. At the Lamb residence, it is also served on fine bone china.
The untimely demise of Thaddeus Lamb leaves his son Riley in charge of the vast Lamb empire, which imports tea, picks pockets, extorts, and keeps men warm on cold winter's nights. And so the Lambs grieve for their father in the best way they know how… Retribution.
Hired by the new head of the Fox Family, a position recently vacated by another untimely demise, the assassin O'Murtagh is tasked with the utter destruction of all the Lamb Family's business associates. They learn the hard way that there is no better hit man than a beautiful woman with tricks and weapons up her finely coiffed sleeves.
Treachery and deceit abound in the streets of London, and no one is safe. Honestly, it's enough to make anyone drink. Would you care for one lump or two?

Katy is an arts and entertainment journalist and has worked for Time Out, Associated Newspapers and Comic Relief and her articles have appeared in The Times (London), Metro (London) and many other arts and entertainment publications, paper and online.
Alongside writing with her Dad under the pen-name Derry O’Dowd, whose first book ‘The Scarlet Ribbon’ was chosen to launch the History Press Ireland’s fiction line, she writes under her own name. 'The Lady Astronomer', a YA Steampunk tale was released by Untold Press in 2012.
Katy reviews for the Historical Novels Review and the British Fantasy Society.
Connect with Katy: [Webpage][Twitter][Goodreads]