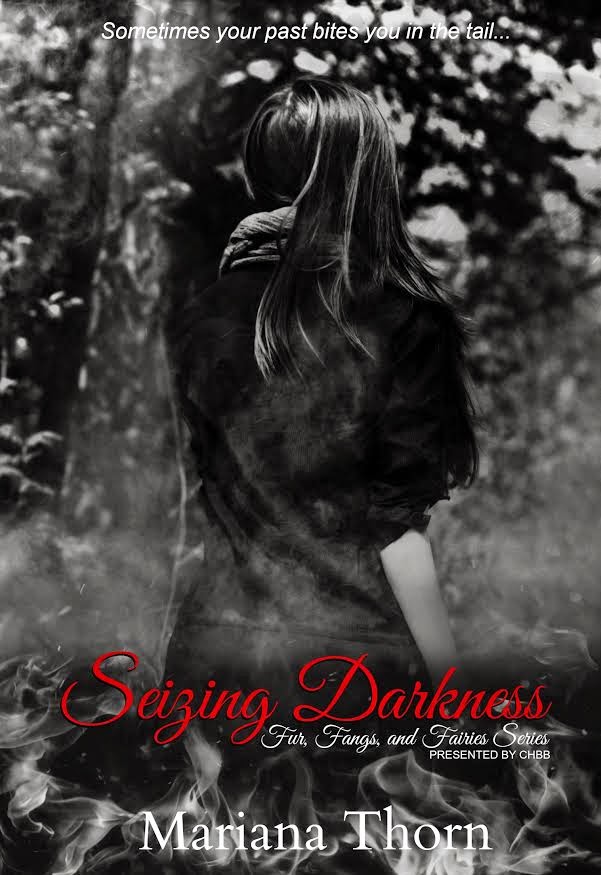 Blurb:
With her past distant and forgotten Natalya has built herself a nice life. She has a job she finds rewarding as a special agent with the Paranormal Investigation Bureau. Her partner,  Dante, isn’t too bad for a bloodsucking vampire. Val, her boss, is like a father to her. Her favorite part is that she lives near the Cascade Mountains. Whenever she needs a little vacation, she can shift into a tiger and go running in the woods. Life is good.
That is until recently. Agents are turning up dead and she can’t pin down what is going on. Little does she know that her past is about to come back and bite her in the tail. With no memories before the last year she is a little behind the curve in finding out what is going on. When the investigation turns increasingly dangerous and the attacks more personal, Natalya realizes it’s more than just her own life on the line. Will she find out what is going on before it’s too late?

If you look in the local coffee shop or bookstore you might just find Mariana Thorn. She can usually be found with headphones in and deep into the worlds she has created. There is this thing about her pens if you touch them you might receive a smack to the hand and the well-known glare of destruction. Besides writing, Mariana enjoys reading, photography, and playing with her dog. She lives in Western Washington, but loves to travel to Florida to sit on the beach to write.
She is the author of Fantasy and Mystery stories. She currently has two titles in her Fur, Fangs, and Fairies series. There are three short stories available in her Skylar Wolfe Mysteries. There are many more books and series to come.

I was walking around, keeping Radek in sight, when I found her on the front steps. It was a werewolf. I could smell Madon on her – she had been around him recently. She must be the agent that Val had sent. I could smell the tranquilizer in her blood. She was just coming to as I kneeled next to her.
“Are you okay?” I asked, staying just out of striking distance. I didn't know if she would wake up cranky. Radek was stalking toward us.
“What happened?” came her groggy reply.
“I'm not sure yet. I was hoping that you would be able to help with that. I'm Natalya. What's your name?”
“Jenna. I know you. You're that weretiger. Madon and Carly talk about you all the time.”
“Dante is missing. Do you remember anything?” I asked quickly before a fuming Radek could come over to harass her.
“We had just come out of the building and I was hit from behind, then everything went black. That's all I remember.” As I helped her into a sitting position, I could feel Radek's presence behind me and knew he'd heard her.
“You didn't see anything?” he asked. At least he was controlling his temper – I could tell it was taking some effort.
“Sorry, no sir,” she said in a small voice. Her eyes got big as she recognized who was behind me. I could smell her fear. I sent Radek a glare, hoping he would get the message to tone it down a bit more.
“Stay here for a moment. We're going to take a look around,” Radek said, and motioned for me to come with him. I gave Jenna a smile and followed Radek.
I glanced around and noticed my car parked in front of Dante's. I was walking toward it when I heard the metallic click. It almost registered a little too late. I dropped to the ground just as my car exploded. I rolled onto my stomach and covered my head to guard it from the flying debris. The heat washed over me while flying pieces of burning metal sliced through my clothes and tore into my skin. My ears were ringing and the smoke was choking me, but I had survived with minimal injuries.