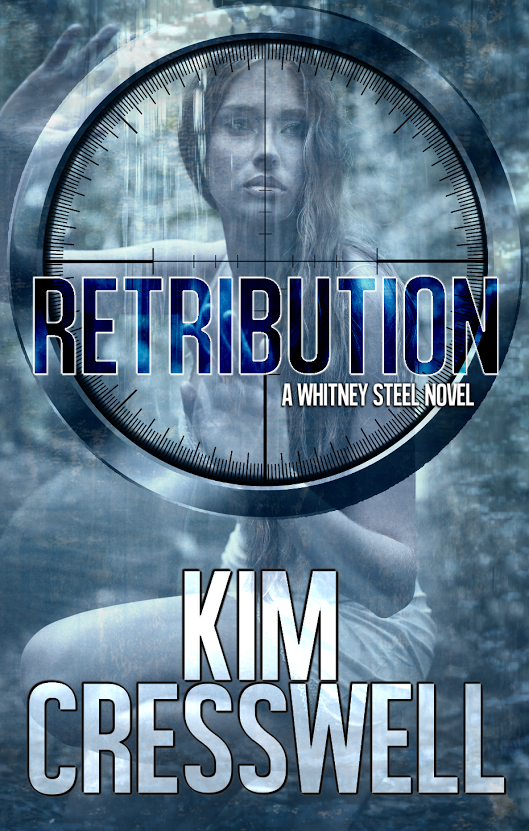 Blurb:
THE WAR HAS JUST BEGUN…
Once the top leader of the Sur del Calle cartel, Colombia’s largest drug trafficking organization, Pablo Sanchez has declared revenge against Blake Barnett, the FBI agent who’d killed his twin brother over a decade ago.
After one failed attempt forced him to flee the United States, Pablo has a bold new plan and he’s even more determined to kill Blake and his fiancée, Whitney Steel.
From Las Vegas to the militant infected jungles of Bogota, Blake has no choice but to risk his life and infiltrate the cartel’s inner world and eliminate the ruthless drug lord.
But the price of failure is higher than ever as he’s forced to use the woman he loves as a pawn in a deadly game—where the events of the past and present collide. 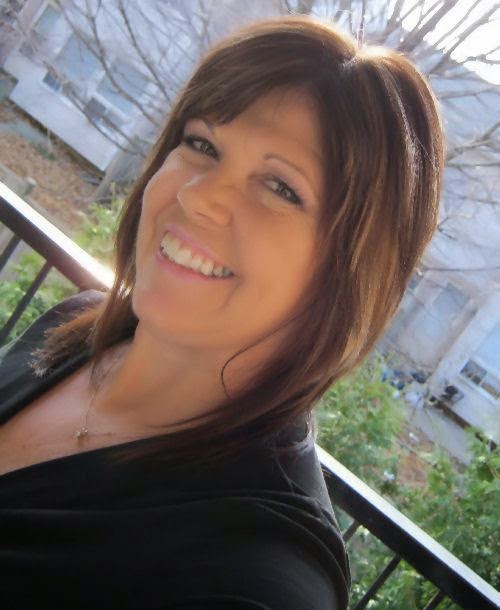 Kim Cresswell resides in Ontario, Canada. Trained as a legal assistant, Kim has been a story-teller all her life but took many detours including; working in legal and adult education before returning to her first love, writing.

Her action-packed thrillers have been highly praised by reviewers and readers. As one reviewer said, "Buckle up, Hang on tight!"

Kim recently entered the true crime writing arena. Real Life Evil - A True Crime Quickie (two short stories) was published in January 2014. You can read her latest true crime stories in Serial Killer Quarterly, a new quarterly e-magazine published by Grinning Man Press. She is also a member of The American Investigative Society Of Cold Cases (AISOCC), a non-profit, volunteer based organization of professional investigators whose sole mission is to assist in solving cold cases. To learn more about Kim and her writing, visit www.kimcresswell.ca

Death by lethal injection.
Whitney had waited years to hear those four words. Final justice for a man who’d taken so much from her and her fiancé, Blake Barnett. She stood on the concrete steps outside the seven storey L-shaped courthouse waiting for her cameraman, Jerry Maxwell, to give her the on-air countdown. After a last minute microphone check, Whitney drew a deep breath then exhaled slowly.
Jerry held up his fingers. “In five…four…three…two…one.”
“I’m reporting live outside the district courthouse on South Las Vegas Boulevard. Moments ago, District Attorney Jason Kurz announced the jury had sentenced Nathan Shaw to death by lethal injection. Mr. Kurz stated the jury found, unanimously and beyond a reasonable doubt, that Mr. Shaw is a continuing threat to society.”
She swallowed hard, barely able to get the words out.
“A month ago, Nathan Shaw, owner of ShawBioGen, was found guilty on four counts of conspiracy to commit murder and one count of attempted murder of a federal agent.”
That FBI agent is the man I love.
The memory of that day was before her in all its bloody glory. The image of Blake shot and left to die played over and over in her mind. Perspiration broke out across her forehead.
Damn it. Not now. Breathe…
“Mr. Shaw had hired a hitman to kill Claire Barnett, a microbiologist with his company, Senator Mason Bailey, George Raines, an editor with WBNN-TV, and District Attorney Kate Leathham in hopes of covering up his illegal human cloning project.” Sadness tugged at her heart. So many lives lost. Her legs trembled. “Nathan Shaw will be executed at Nevada State Prison in Carson City. His attorney, Warren Demotteo, is expected to file a formal appeal later today.”
She paused to take a breath. “This is Whitney Steel. News3.”
Jerry gave a quick nod, his cue they were off the air.
Whitney lowered the microphone and kept it clutched in her right hand as she watched two workers at the other end of the courthouse dismantling the makeshift press conference tent used earlier.
“Are you okay?” Jerry removed the camera from his shoulder and placed it on the ground. “For a minute there, I thought you were going to pass out.”
Her body went limp with relief. Her gaze met his. She smiled and picked up her purse from the step and swung it over her shoulder. “I’ll be fine.”
It’s finally over.
With Nathan Shaw’s sentencing behind her, now she could focus on her upcoming wedding on August second which was less than three weeks away. She couldn’t wait. And neither could Blake.
In the parking lot, Jerry opened the rear door of the News3 satellite broadcast van and loaded their equipment.
Whitney eyed a white SUV with dark tinted windows stop a car’s length away. With the lot full due to the sentencing, the driver appeared to be waiting for their spot.
Jerry slammed the van door shut. “You ready?”
“Yeah, let’s get back to the station.” She glanced over her shoulder.
Three men jumped out of the SUV wearing black balaclavas.
They barreled toward her.
She spotted guns in their hands.
After a brief moment of paralyzing disbelief, Whitney clutched her purse and bolted to the passenger side of the vehicle.
“Get in. Hurry!” Jerry yelled.
She reached for the door handle but a strong arm looped around her neck and dragged her back.
The heels of her shoes scrapped against the pavement. “Let go—of me.”
The man covered her mouth with a leather-gloved hand and pulled her between the parked cars and out of sight.
She felt the muzzle of the gun jab into her back.
Moist breath brushed against her ear. “Shut the hell up.”
Another man held a gun to Jerry’s temple. “You’re going to film this. Live. Understand?”
Jerry held up his hands, his eyes wide. “Okay, okay.  But—it’s going to take a few minutes to setup the feed.” He opened the van’s back door again and fumbled for his equipment.
Whitney squirmed.
The man tightened his grip around her neck.
She wheezed and fought for a breath.
Who were these men? What did they want?
The sane voice in her head ordered her to stay still. Even though she had a black belt in karate and was skilled at crushing a person’s windpipe or disarming a knife-wielding attacker, she wasn’t stupid enough to take on three guys that were double her height and weight with guns aimed at her. All she could do was watch, stay as calm as possible, and hope someone would see what was going on and call the police.
When Jerry had the live feed setup, he stood in front of them, camera ready. His voice trembled. “You’re on.”
The third man, the tallest of the group, pulled a red and white bandana out of a small plastic bag he had stuffed in the pocket of his jeans.
He pressed the moist cloth over her mouth and nose and held it there.
She squirmed and kicked but it was useless. Her head started to buzz. The sickly sweet smell mixed with the rotten odor of strong cleaning solution invaded her head.
Blood pounded in her ears and male voices turned faint and distorted.
As her breathing slowed every muscle turned to mush. Then blackness drowned her vision and she realized what the men wanted.
They wanted her.