Natasha White has always been unlucky in love. The men she falls for only want one thing from her, and it isn’t commitment. When her boss and on/off fling announces his engagement to another woman, she finds herself running from her feelings for him by taking a job as a personal assistant to the legendary rock god, Alex Harbour—half a world away.
Her new boss is sexy, damaged, and insatiable, but Natasha has been a fan since she was a young girl. Conflicted by her emotions, she begins a love/hate relationship with the egotistical rock star.
Alex’s intentions toward her are clear from the moment they meet, but Natasha isn’t about to run from one emotionless connection to another. She is determined to keep her distance from her childhood crush, by any means necessary.
When lust begins to cloud her mind, however, she becomes hell bent on protecting her heart. What good could ever come out of falling for a rock star, anyway?

Excerpt:
Claire and I took the lift to the top floor of the hotel.  I’d never been in the penthouse suites of the Dorchester in London before. I was hoping I could take a look around at some point.
“So the second round of interviews is in the penthouse?” I mused, following her as the elevator doors pinged open.
“It’s for security purposes. The press will be arriving later today, so we’ll need the space. It gets a little crazy.” I quickly followed her as she opened the grand, double doors in front of us. “You can wait here. Help yourself to anything you’d like.” She gestured toward the corner of the room where tea, coffee, and delicate pastries were on display.  With a quick glance at me, she left me alone in the room.
It intrigued me that I was the first woman to make it to the second interview. From talking to Gina, I’d gathered this PA job was for a man. Now my mind was racing, wondering who it could be. I walked over to the corner of the room to pour myself a cup of coffee while I pondered that thought. Maybe it was a new and upcoming artist. It would be exciting to witness everything first hand.
I heard a door open and close behind me a few moments later. Did another woman make it through to the second stage already? I hadn’t even been upstairs for ten minutes.
I turned, almost dropping my coffee at the sight of the person in front of me. Alex Harbour was across the room, frowning at me. The teenager inside me took charge, and I stood there drinking him in. Christ, the man was sexy! He was a walking orgasm. Clearly, it wasn’t photoshop that made him look good, either. He was seriously just that hot! His jeans hung low off his hips, and I tried to stop my eyes from lingering on his huge bulge. I’m not sure I completely succeeded, though. His legendary white V neck T-shirt clung to his well defined torso, and revealed part of the crucifix tattoo on his upper chest. Most of the skin on his arms was covered, but I knew every detail about his tattoos, anyway. They were forever embedded in my memory. His light brown hair was much shorter but still unruly, and as he drew closer toward me, his piercing, clear blue eyes began to make my heart race.
Shit! Was this job to be his PA? I couldn’t do that! I was on the verge of an orgasm just looking at him!
“How did you get in here?” he finally asked, tilting his head while giving me a panty ruining smirk.
“I…I…” Jesus, why couldn’t I speak? My mind was in a haze, thinking back to my earlier years when this man and his voice meant everything to me.
“You shouldn’t really be in here, Gorgeous. We’ll need to make this quick,” he tutted. I frowned, trying to snap out of the ridiculous daze I was in. I didn’t even register what he meant until he began to undo the belt on his jeans. “Start stripping. I don’t have time to take your clothes off, too. We only have a few minutes at the most.” What? Was he for real? “Gorgeous, clothes…now. I literally have five minutes before Gina arrives. If you want a piece if this, you’ll need to move fast.”
“Excuse me?” I spat, finally coming out of my daydream. Alex’s eyes widened at my outburst. It didn’t matter that he was sexy as hell. This man was clearly a complete asshole. “You think I’m going to have sex with you?”
“Isn’t that what you groupies sneak up here for? Who let you in? Was it Steve? He knows my type well. You’re really cute.” A groupie! Anger raced through my veins. Oh, this dickhead was going down. 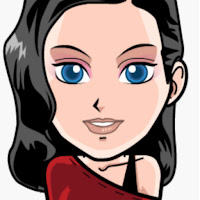 B.L. Wilde is a British author obsessed with many things, including heated love stories and sexy men.
She can often be found at her desk working on her next project, or looking at eye candy online for research purposes.  She is a sucker for happy endings, but will always make her characters work for it.
If you enjoy romance, suspense and erotica, let your imagination run 'Wilde'.