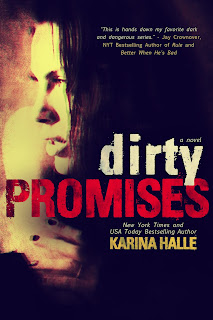 My gun began to feel heavy in my hands. I needed to use it,
and soon.
Light was seeping in underneath the door, so I pushed my
goggles up on my head and slowly pushed it open.
The kitchen was empty, and the only light came from above
the stove. The fridge hummed and the house was silent except for muffled
laughter coming from down the hall.
A terrible scream splintered the room.
A man’s scream.
Had the ambush already begun?
I exchanged a worried glance with Diego as we heard doors
further down the hall being flung open. Footsteps.
People ran past the kitchen, heading up the stairs toward
the scream, not bothering to look our way.
All of them except for Juanito, that was.
He stopped dead in his tracks at the archway, staring at us
like we were ghosts. I couldn’t help but grin.
He snapped out of it, reaching for his gun, but mine was already
aimed at him. I shot him in the kneecaps, both of them, just as his gun fired,
bullets cracking the ceiling.
Then, as if on cue, all of the outside erupted in gunfire.
The sound shook the walls, and through the rattling windows bursts of light
filled the sky. My army was here.
I ran over to Juanito who was screaming in pain, and picked
him up by the collar, shaking him.
“All right you little fuckface,” I sneered at him, trying to
fight the urge to strangle the fucking life out of him. “Tell me where Esteban
is and I’ll make your death painless. Don’t tell me and I’ll break your bones
with a hammer. Which one is it?”
His screaming wouldn’t stop. I shook him again. “You can’t
protect him now. You’ll never fucking walk again and he sure as hell won’t give
two fucks about a pathetic piece of garbage like you. So talk.”
But before he could, Diego was calling out my name. I let go
of Juanito, rolling over him just in time as the air above me burned with
bullets. Diego fired back at the assailants, and I kept rolling until I was
behind the kitchen island. I quickly reached for the grenade which I knew could
take out enough of them without damaging the structural integrity of the house,
and tossed it out of the kitchen. It rolled down the hallway.
They yelled at each other to move but it was too late. I
pressed my hands over my ears as the blast went off.
“Jesus, Javi,” Diego swore as pieces of plaster rained down
on him. “You haven’t even moved back in yet.”
I didn’t care if it was sloppier than my usual methods — it
was efficient. I scrambled to my feet and stared at the wreckage. There was a
ragged hole in the wall, smoke and flames licking the edge.
I shrugged. “I wanted to open up that room anyway.”
Miraculously, or something of that nature, Juanito was still
alive, holding on to his bleeding and blasted knees as he writhed on the floor.
He was missing half his face though, so it wasn’t like he
escaped the explosion unscathed. He was very scathed and crawling for freedom.
I covered my nose and mouth with the crook of my elbow and
walked into the smoke, letting it wash over me. Juanito looked up at me with
what was left of him, begging for mercy with an outstretched hand.
I stepped on his hand instead, crunching the bones beneath
my boot.
“That was for my sister,” I seethed. “I know you intercepted
her call when she was calling me for help.”
“Javier, we have to go,” Diego said, coughing and coming
over to stop me. A war was raging around me, but none of it mattered. All that
mattered was an eye for an eye.
This time I stomped on Juanito’s arm, driving it in with all
my might, like I was squashing a cockroach, until I felt it break beneath me.
He screamed.
I smiled.
But I was the furthest thing from happy.
And Juanito couldn’t even speak at this point. His mouth was
a flap of burning skin, covering a gaping hole. He was useless.
I slid the hunter’s knife out of its sheath, and with one
swift motion, stabbed it downward into the top of his skull.
The screaming stopped.​From the USA Today Bestselling author of Love, in English and The Artists Trilogy, comes a dark romance about a good girl and a very, very bad man. It’s a deliciously twisted take on forbidden love, set among the drug cartels of hot, steamy Mexico and is not for the faint of heart. It contains explicit sex, violence, abuse, drug use, bad language and sexy Mexicans. You have been warned… 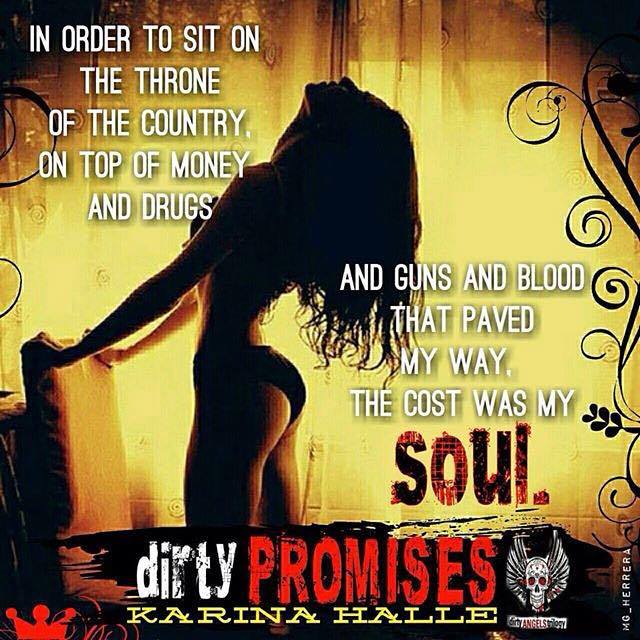 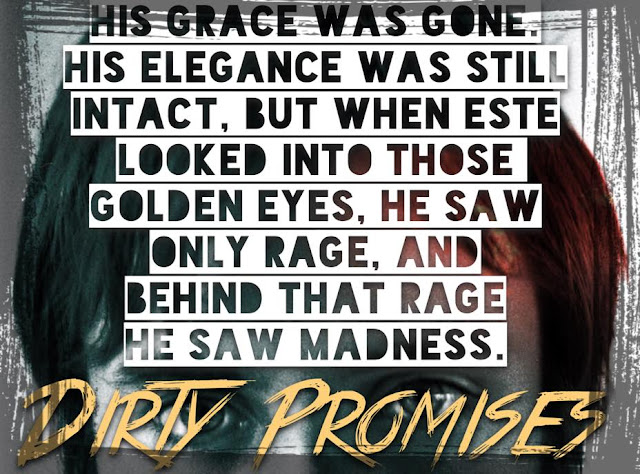