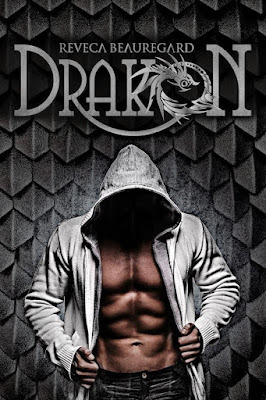 Blurb:
Scarlett Kingfin was forced to run when her life went up in flames, literally. Her home was scorched, and her sister was missing. She was armed with nothing more than a set of coordinates and a fierce temper.
Her twisted path led Scarlett right into the lair of Draxton Drakon, the ruling alpha dragon shifter of the Drakon Clan. His kind owned the seas. Sailing through mystic barriers, they often returned home with their spoils—to the home Scarlett had forgotten. Much like she had forgotten she was his mate, the missing half to his fiery soul.
Strife, tension, and undeniable magnetism stand between the lovers when they’re face to face again. Her presence not only represents a broken royal vow, but also spurs a wicked prophecy of a lethal war between the immortals. Explosions, kidnappings, unveiled truths, and twisted rivalry shroud Draxton and Scarlett's every step. Their dragons deep within are invincible. Will the hearts of the man and woman be strong enough to survive the hell their rise will inflame?

The fun non boring Bio :)
I'm an obsessive daydreamer. Lover of loud alternative music. Addicted to Red Bull. I love to laugh until it hurts. Fall is my favorite season. Black is my favorite 'shade.' Strong believer in the saying: there is a reason for everything, therefore I search for 'marked moments' every moment of everyday...and I find them. Life is beautiful!
Boring one....
Jamie Magee has always believed that each of us have a defining gift that sets us apart from the rest of the world, she has always envied those who have known from their first breath what their gift was. Not knowing hers, she began a career in the fast paced world of business. Raising a young family, and competing to rise higher in that field would drive some to the point of insanity, but she always found a moment of escape in a passing daydream. Her imagination would take her to places she'd never been, introduce her to people she's never known. Insight, her debuting novel, is a result of that powerful imagination. Today, she is grateful that not knowing what defined her, led her on a path of discovery that would always be a part of her.
Author Links:
Web: http://www.authorjamiemagee.com/
Twitter: https://twitter.com/Jamie_Magee_
Facebook: https://www.facebook.com/profile.php?id=100009966033390&fref=ts
Amazon: http://amzn.to/20lGSvv
Goodreads: https://www.goodreads.com/author/show/14439495.Reveca_Beauregard 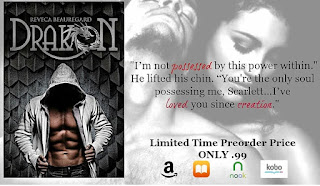