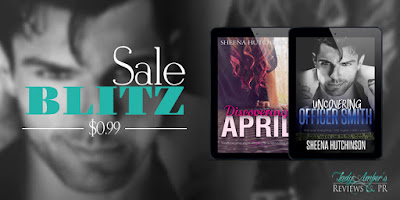 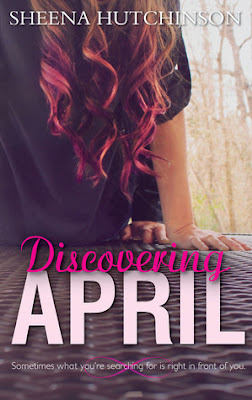 Blurb:
April Landau thinks she has everything she’s ever wanted. Her high school sweetheart, a house she can’t afford, her bipolar tabby cat, and she’s all set to begin her Junior year of college. Just when she least expects it, her life gets thrown for a loop. When things between her and her long time boyfriend unravel, she becomes stuck in a downward spiral of emotion. Finally, opening her eyes to the fact that she may have given up more than she ever could have imagined in this relationship. She finds herself struggling to keep her head above water.


Enter April’s next door neighbor— Jared Hoffman. He’s her complete opposite. A high school drop out who was forced to take over his parent’s business after their untimely death. It’s no surprise this tragedy affected him greatly, causing him to recede almost completely from society.

But he has one secret. A secret he’s been carrying around for years.
What happens when their worlds collide? Can an old friendship be the one thing that brings these two back to life?

A new adult love story filled with drama, sex, death, and the complications of all of the above. 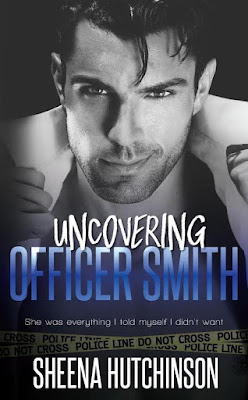 Excerpt from Uncovering Officer Smith:
Becca
Meggie and I almost started crying during the pre-game shot, toast. Her parents decided to pull her out of summer classes. This is her last weekend before she has to return home. I don’t know what I’m going to do without her. She almost said the exact same thing during her toast, but we quickly chased it down with some humor. I mean, after all, we’ll be apart for barely two months.
When you spend every single day together, two months feels like an eternity. Tonight is going to be a good night. Just my best friend and me – we promised each other a girl’s night. For the first time in my life, I was totally lying.

There are a ton of bars on The Ave. We could have gone to any number of them, and probably should have… but truthfully, I wanted him to see me. Meggie and I saunter up to the bouncer on the patio stairs in our heels and he automatically waves us in. After sharing a glance, we giggle before walking into the flap of the tented patio. The white material billows up into two points above the patio and the light filters through, casting an eerie ambiance. My eyes scan the crowd.
Meggie catches my eye. “I don’t see him, Bee.”
I look away. “I don’t know who you’re talking about.”
She smiles. “You know exactly who I am talk about.” She guides me across the patio to the outside bar, conveniently squeezing in between a pair of guys, and places our drink order.
“Oh, excuse me, boys.” Meggie is the queen of striking up conversation. The bartender places the drinks on the bar top and I happen to notice one of the guys reaching for his wallet.
“Let me get those for you, doll,” he offers.
“Oh, I couldn’t possibly…” Meggie starts and I roll my eyes. She definitely could possibly, and he is totally being played.
They exchange a few words before she passes me one of the drinks. She waves to them as we walk away arm in arm.
“I don’t know how you do it.” I giggle in her ear.
“Men are suckers.” She wiggles her fingers at a bouncer in the doorway to the back entrance of the club and we slip inside. “It’s almost like they deserve it. You see, Becca, you can let them play you—Or you can play them first.”
“That’s no way to be, Meggie.”
“That’s the only way to be.” She lifts her drink to her lips and swallows a gulp.
My head nods before glancing around, just one more time. John is stationed in his usual spot against the far wall, overlooking the dance floor. His stern glare surveys the area as groups of girls gravitate to the dance floor in front of him. He has a vibe about him that begs to be enjoyed. Tonight, I want to give in. I crave spontaneity and adventure the way a college girl should. But most of all, I want to be that way with him.