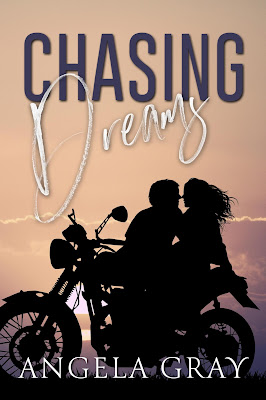 Blurb:
She gave up her dream, he didn’t. Contemporary Romance
Jolie survived the stalker. The man who kidnapper her, not only damaged her physically, he wrenched away the dream she worked toward for most of her childhood. Broken and terrified of men, her mother takes Jolie to live with her father, president of a motorcycle club. They never caught the monster, with the club around her Jolie should be safe.
He‘s seen nothing like her before. Hunter understands Jolie is too young, and he has his own dream to chase. How can he resist the blonde with the face of an angel? He must or the prez might kill him. Kissing Jolie might be the biggest mistake of his life. 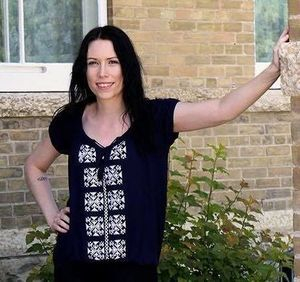 Angela Gray is a Canadian writer born in Saskatoon Saskatchewan in 1981. Before meeting her high-school sweetheart she lived in Surrey, British Columbia; Together with her husband she moved to Kelowna, British Columbia and now lives in Regina, Saskatchewan where she manages a fashion boutique.

Angela has felt compelled to write since she was a child and has now developed into a romance enthusiast with stories to tell.