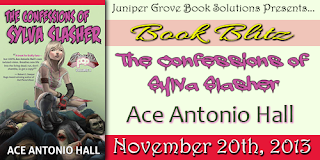 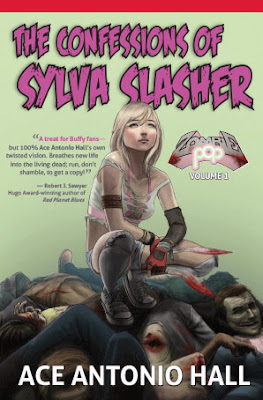 Synopsis:
SPRING BREAK GETS WILD ON THE LIVELIEST CRUISE IN THE PACIFIC UNTIL THE UNDEAD CRASH THE PARTY.

Eighteen-year-old Sylva Fleischer and her friends raise the dead for a living for police investigations and mourning families. Two years after her high school crush, a hot guy named Brandon, is assumed dead, Sylva’s friends convince her to go on a spring break cruise in an effort to suppress her depression over him. But when passengers mysteriously die and reanimate into flesheating zombies like she’s never seen before, Sylva plunges into a horrifying struggle between a ship infested with the undead and the scariest thing of all: a second chance with Brandon after she discovers he’s still alive. This is a zombie story that eats right to the core and leaves you licking your chops for more. 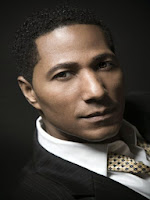 Ace Antonio Hall graduated from Long Island University with a BFA. He is a former NYC middle school English teacher who can't get enough of zombies and Spider-Man comic books. When he's not in the gym working off the extra calories from eating way too many donuts, Ace writes young adult horror fiction.

His novel The Confessions of Sylva Slasher was released April 14, 2013 by Montag Press. The second book in his series, Crystal Coffin, will be available next year.

Ace's short story Dead Chick Walking made the Fall 2013 edition of the best-selling Calliope Magazine and his science fiction story, They, won the Honorable  Mention distinction for the 2013 Writers of the Future Award.

The deadheads slithered, scraped, and shuffled closer and closer. There must have been more than twenty of them ready to tear me apart like hungry wolves. The stench of old rot surrounded me like poison vapors. A chorus of low moans, high whines, and wispy breaths oozed hymnals of my persecution into my ears.
Judgment day. I laid at the altar of the dead waiting to be sacrificed to whoever won ownership of my soul, fear or fearlessness.
I’m not afraid.
Their mangled, distorted faces came into view. How could eyes be so distant, yet so full of hunger? It seemed like they were looking past me—through me into another dimension. Or maybe they could already see which organs they wanted to devour. Their moans found a common craving for death, but their minds were lost somewhere in those useless bodies that kept creeping closer and closer to me, bending and turning in awkward movements. From the ground looking up, they lurched over me like oversized lumps of tumorous blobs, drooling with their mouths agape on their sagging grotesque faces.
I lied. I am afraid.
Pure terror crawled into my ears, listening to their sliding and scraping—more and more deadheads appeared, crowding around me, stretching their necks, and spilling those long vacant looks all over me. They filled my blurry vision with various shapes of disheveled hair and blended shades of disfigured bodies.
The horror of my eyes being torn from my face and viscera clenched between their teeth as they gnawed on my bones and licked the fluids from the insides of my body from their lips became too much to bare.
Something ticked on the ground like an animal approached, its claws pecking as it crept cautiously.
Kla-tick. Kla-tick. Kla-tick. Kla-tick.
It came toward me from a distance. Each step grew louder, bigger. I inhaled, realizing that for some time, I had been holding my breath, frozen with fear. Could it be? No, not now—not now. With my head too stiff to turn and my back broken, I locked my tearful blurry vision on a hazy full moon that seemed to shine a spotlight of death upon me. I spat out a tiny whisper. It’s time to die, again.