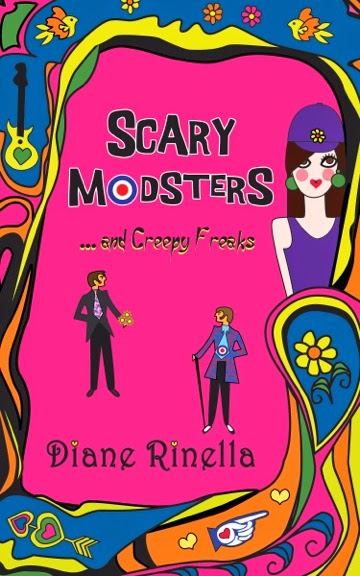 A fantastical romance involving a girl, the music that fuels her, and her Ouija board.

Rosalyn possesses a sunny personality that is laced with quirks. Although she seeks acceptance in a world where she lives out of time, what she gets is ridiculed for her eclectic wardrobe and unconventional music collection.

One fateful night, Rosalyn bewitches Niles, a stylish man whose offbeat character perfectly complements her own. Unfortunately, he possesses a critical flaw that means relationship suicide for him and pretty much anyone.

While under the influence of insomnia-impaired judgment, Rosalyn summons Rock ‘n Roll deity Peter Lane back from the dead. Not only does he spin her hormones into a frenzy, Peter is also the precarious puzzle piece that brings sense into her world. When Niles learns that he can overcome his life-long challenge by helping Peter avenge his death, how far will he go to secure Rosalyn’s heart? 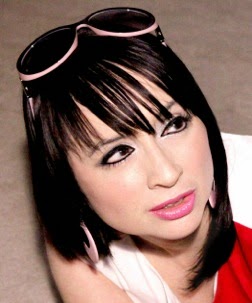 Enjoying San Francisco as a backdrop, the ghosts in Diane’s 150-year old Victorian home augment the chorus in her head. With insomnia as their catalyst, these voices have become multifarious characters that haunt her well into the sun’s crowning hours, refusing to let go until they have manipulated her into succumbing to their whims. Her experiences as an actress, business owner, artisan cake designer, software project manager, Internet radio disc jockey, vintage rock n’ roll journalist/fangirl, and lover of dark and quirky personalities influence her idiosyncratic writing. 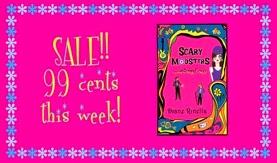 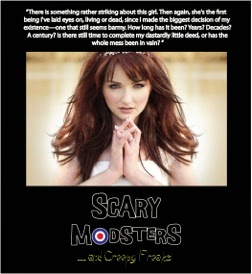 ROSALYN
Once home, it was straight to the family room stereo to listen to The Stones and crack a beer while dancing to Exile On Main Street. I had to shove aside stacks of albums that I had taken out of the oversized, shutter-door closet the night before for reorganizing. With the signed album propped on the sofa, as if it were an audience, I shed my alter ego by ripping off my tailored suit coat. The liberation of no longer feeling dressed for a corporate costume party brought me back to life. The flick of my neck with each shoulder roll sent my deep-auburn, iron-pressed locks flying. My hips ground while I stared at the record. I kicked my stilettos across the room (nearly landing them in the stone fireplace) before shimmying out of my skirt. My butt plopped onto the sofa with me wearing nothing but my blouse and panties. The man on the album with the engaging eyes pulled my attention to him. “Who are you?”
From my cell phone I typed Deep Trance into Wikipedia before taking a swig of beer. As the details appeared the malty liquid was nearly sprayed out of my mouth before being choked back. Clearly Rob, the shop's owner, had no clue as to the value of the album. Easily it was worth six hundred, not the six I thought I foolishly paid.
Deep Trance was the third album by the legendary band Love Machine and marked a departure from their usual pop sound. The album lacked label support causing some to believe it was intended to fail in order to offset the financial gains of other bands. The original cover was to depict the band behind an opaque veil of psychedelic swirls, but management rejected it, claiming that the photo made the band unrecognizable. A test run of the rejected cover produced a handful of copies that were likely destroyed.
Love Machine! “Holy St. Elvis!” The infamous, chart topping, UK band that barely caught a break in America? That had to mean—
I grabbed the album while still a little dizzy from my revelation. “This is signed by Peter Lane!” In a grand master flash I was standing on the sofa, bouncing and squealing at the top of my lungs, “Oh, my God, Peter Lane! Peter freaking Lane!” It was a proud fangirl moment—the flipping out over the scribbling of a dead legend that sat in my hands. My only embarrassment was over how I ever missed who the guy was. Thankfully Rob missed it too. With a jump I flipped my legs out from under me and landed my butt on the sofa. “Well, Peter Lane, I certainly never expected to meet you, such as it is.”
My deep-brown eyes were more drawn into the image than ever. Peter's impish gaze seemed so deep and powerful. His eyes were now a solid black, and my mind started slipping into their void while a haze clouded my peripheral vision.
The sudden screech blaring from my phone brought my hand to my heart and snapped me back into the present. One Direction blasted through the air, clashing with The Stones. Darla was calling. Sometimes my friends' taste in music scares me.
“Hey,” I answered. My voice sounded oddly detached.
“Drinks! Twenty minutes! Mulligan's! Meet us there!” came screaming into my ear.
“What happened to being too tired?”
“Don't know. Don't care. I just got a burst of energy. Must mean we are not meant to be at home tonight. Get on it!” 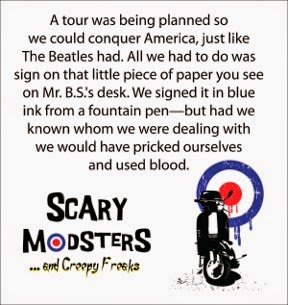