Beyond the Veil by Quinn Loftis Blog Tour & Scavenger Hun 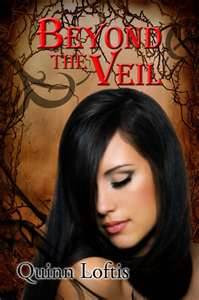 Though the Serbian pack has been brought to heel thanks to the downfall of their Alpha, the war is far from over.
Desdemona, a witch of unfathomable power, has escaped the wolves’ wrath, but she will not go quietly into the night. She takes refuge in a place where even the smallest sliver of light does not dare to enter. Though she had to flee, she has not given up on the treasure she wishes to acquire. Her depravity knows no bounds; she's even willing to search for the one who can assist her in opening a Veil that has not been opened in millennia – with good reason: the danger is incalculable.
Meanwhile, there are major changes rippling through the Romanian Grey wolves. Decebel has become Alpha to the Serbian pack in an effort to begin to unite the Canis lupis species. Their numbers are dwindling in the wake of the shortage of true mates and lack of offspring. The wolves are beginning to lose faith and darkness seems to be crashing in on them from all sides.

<BTW Did you guys know my birthday was January 16th??> 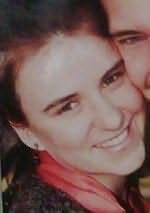 About Quinn:
About Quinn Loftis
Quinn is a wife, mother, nurse, and writer, not necessarily in that order. She lives in beautiful North West Arkansas with her husband, son and Nora their Doberman pinscher. She loves writing, reading, and crocheting. Her favorite holiday is Christmas, favorite book(s) is Pride and Prejudice, The Alpha and Omega Series by Patricia Briggs, and the Harry Potter Series by J.K. Rowling. She loves to be silly and have fun, loves music and thinks there is no greater sound than the sound in the world than that of her little boy's laughter.


Each blog will have their own number for the giveaway.
There will be a rafflecopter on the Sweet Treats reading reviews page.
here's what will be up for grabs:
All Blogs participating will have numbers that will be in bold print RED, so make sure you all keep track. At the end of the tour you will need to tally all of the numbers you collected from each site and enter it into our giveaway!

What are you playing for you ask?
I will tell you!!!
*A signed Just One Drop book
*Signed Decebel and Jen posters
(be still my heart)
*And a bracelet made by Jaime Radalyac


Only correct answers will be entered!!