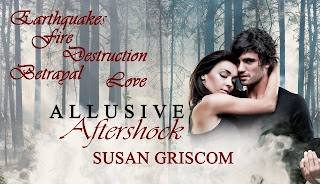 What happens when a major earthquake changes life as you know it and the boy you thought you hated ends up saving you? Three times! 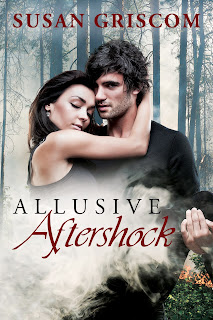 Courtland Reese is the guy everyone hates and makes fun of because … well, he is weird. He communicates with animals. Strange or interesting, seventeen-year-old Adela Castielle can’t quite figure out, but when he saves her from being trampled by her own horse, she begins to understand him a little better and wants to learn more about him.

But, Max--her best friend/dream guy/someday-to-be-her-husband-only-he-doesn’t-know-it-yet--hates Courtland with a passion. Adela wants to know why, except neither boy is talking.

When Max leaves her stranded in his parents' wine cave with his worst enemy, Courtland, after what the experts are calling a “megathrust” earthquake, Adela starts to question her loyalty to Max as steamy kisses in a dark damp cellar only fuel her emotions with more conflict.

But does she really have time to worry about that when fire, destruction and mayhem surround her?

My Review:
Another amazingly written story by Susan!! I love her work, her writing is always so captivating. I will definitely recommend Allusive Aftershock to everyone, especially those into YA.

The characters in Allusive Aftershock are funny, sensitive and real. Max is the popular guy everyone loves but he is also the biggest bully when it comes to Courtland Reese.

Court is suppose to be the school "freak" because he works with animals and supposedly could talk to them, but he has the biggest crush on Adela and has since the fourth grade.

Adela is best friends with Max and has been forever, she has also had the biggest crush on him for that long too, that is until Court comes more involved in her life.

Most of California has been destroyed by one earth quake after another. Court, Max, and Adela are on their own, teens without their families not even sure if their families survived the quakes or not. Now they are trying to survive and find shelter the best they can. They have endured illness's, burns, breaks and so much more, but they stick together relying on one another to get by and the one that would most likely be considered the weakling is the one taking care of them the most. When Max leaves to find help Court and Adela are left alone taking care of one another, soon one thing leads to another and Adela starts returning Courts feelings for her.

After Max doesn't return they realize they need to get out from where they are and find help themselves or they may end up being stuck forever.

Will they be able to survive the earth quakes, and will they find their families?? To find out what happens in Allusive Aftershock you MUST read it for yourself!!


My friends and family know me as Susan Griscom, but I write the Whisper Cape series under the name of Regan Walsh. Visit my blog: http://swblog.susangriscom.com

I daydream often and sometimes my daydreams interrupt my daydreams. So I write to remember them. If I didn't write, I think my mind would explode from an overload of fantasy and weirdness. To the annoyance of my friends and family, my characters sometimes become a part of my world. During my childhood, I would frequently get in trouble in school for daydreaming. Eventually, my vivid imagination paid off and I had the privilege of writing and co-directing my sixth-grade class play—a dreadful disaster, though not from my writing, of course, I must blame it on the acting.

I enjoy writing about characters living in small quaint towns and tend to lean toward the unusual and spooky.

My paranormal playing field delves into a different milieu, abandoning vampires and werewolves, but not discounting them. Someday I might like to write a novel about vamps and those furry creatures. But for now I like the bizarre mixed with romance. A strong hero or heroine confronted with extraordinary forces of nature, powers and capabilities gets my blood running hot.