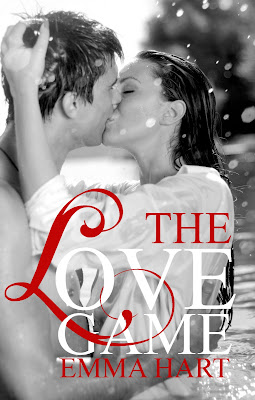 His challenge? Make her fall in love with him.
Her challenge? Play the player.
Until life changes the rules of the game.

Maddie Stevens hated Braden Carter on sight. Arrogant, egotistical, and the playboy of the University of California, Berkeley, he's everything her brother Pearce has taught her to despise. So why, when the girls challenge her to play the player, doesn't she say no? She doesn't know either.
Braden wanted fiery little Maddie the second he laid eyes on her - and he'd do anything to have her, hence why he's agreed to make her fall in love with him. After all, it's the only way he'll get what he wants. Sex.

But, as Braden discovers, there's more to the girl from Brooklyn than he ever imagined - and he can't help but care about the broken girl behind those pretty green eyes.

Maddie finds Braden isn't just a walking erection - he actually has feelings. He can be sweet, funny and his good looks don't exactly hurt. That means trouble - but when her brother Pearce turns up in Berkeley begging for her help, she realises Braden and Pearce aren't so alike anymore.
And maybe, just maybe, they're exactly what each other needs.

He slides one of his arms around me and pulls me to him so my back is flush against his chest, both of our arms wrapping my stomach. “See? I've got you. It's fine, Angel.”
“This is crazy. Never again is Megan organizing a date.”
“Yeah, she got a good one with this.” He laughs again and I shake my head.
“No, no, she didn't. This is terrible.”
“Really? I would have thought that being up against me would be a good thing.”
“Maybe it would be if I could actually focus on the fact I'm pressed against your body.”
“Well, then.” He spins so he's in front of me, skating backwards.
“Braden, you can't see where we're going!”
“That's your job.”
“Oh my god.” I try looking over his shoulder but I can't. He's too tall, dammit. “You're too tall!”
“Then you just have to trust me.” His lips take mine in a searing kiss and I gasp inwardly, grabbing hold of him tightly. His hands find my waist and pull my hips against him, our speed slowing slightly. He goes to deepen the kiss, his tongue tracing between my lips, and I nip his bottom lip before I open to him. My fingers tangle in his hair as our tongues meet, starting an intricate dance of want.
For a second, I forget the game. I forget the fake relationship. I forget the fact I'm on roller-skates and Braden isn't-
“Oomph!” Braden grunts, hitting the floor. I laugh, rolling off him.
“I told you we didn't know where we were going!” I say through my laughter, blades of grass tickling my ears.
“Hey.” He rolls towards me, propping himself up on his elbow. His hair flops down towards my face, casting little shadows over us. “I totally knew where we were going until you distracted me.”
“I distracted you? Oh no, mister. You kissed me, not the other way around.”
“And I didn't hear any complaints about that.”
“Maybe that's because there weren't any.”
“Oh, yeah?”
“Yeah.”
“Then let's try again.”