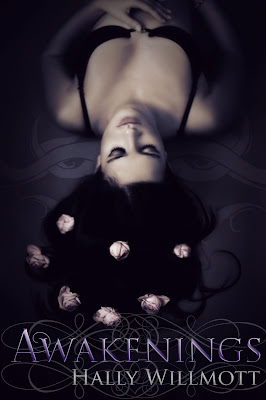 When sixteen-year old Jacey Adison’s parents tell her they must move again, she has never questioned their life style. Until now. When Jacey was two, her parents fled the protection of their birthplace, the mystical dimension of Nemele. Leaving was the only solution her parents believed might allow them to keep their family together and alive.

The Adisons have been running from a sect of iniquitous beings from Nemele who covet Jacey. Her parents have repressed their adversaries’ relentless tracking efforts by not utilizing their own mystical powers. They have chosen to conceal themselves within the only realm they knew they’d be able to survive. They are living under their self-imposed powerless sanctions on Earth, which constitutes the nineteenth nation of Nemele.

Her parents have never revealed their true identities to Jacey, consequently keeping her true lineage and unique birthright from her. Jacey’s family has pretended to be non-magical humans as a ploy to prevent an ancient omnipotent entity from killing more innocent beings in its relentless quest to possess Jacey.

Born as an anomaly, Jacey possesses rare abilities that both virtuous and corrupt entities seek to use as their own. Should either side prevail, Jacey may be the saviour or downfall of every world within Nemele’s domains. Blindly thrust into life and death situations, Jacey learns of her true powers within her dreaming and conscious states.

Hally was born in Sudbury, Ontario, Canada. She is a Police Officer with the Greater Sudbury Police Service. Hally enjoys reading both fiction and non-fiction novels. She is a self-proclaimed writer of all things imaginative (both poetry and novels). She also holds a strong belief in –if you put your mind to it, you can accomplish anything!
She met her forever partner Jerry, and married him thirteen years ago. Together, they have accomplished the greatest feat, being blessed with two gifts from God, their sons Jacob and Jordan.
Between working full time, being a wife and mother, Hally finds the time to write when her kids go to bed, when Jerry’s at work or when their new puppy Jersey decides to wake her up every morning around five a.m.


She and her family enjoy long summer nights by the campfire and cold winter nights snuggled up watching movies in their home.
In 2009, Hally had an idea to write a novel. The idea for Awakenings came to her in a dream, the first in a series of four.