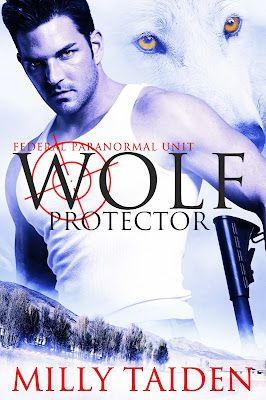 Blurb:
A woman with a secret…
The Federal Paranormal Unit is an elite squad of supernaturals dedicated to solving missing persons cases. Erica’s gift allows her a special connection with the crime, but it comes at a deep personal cost… Until now, she’s kept her gift a secret, even from the other members of the team. But this case will throw her together with Agent Trent Buchanan. He’s the object of her secret desires, but he’s also a cocky womanizer. She’d rather swim in shark-infested waters with a paper cut than admit she has feelings for him.

A man with one desire…
Wolf Shifter Trent wants Erica more than he’s ever wanted any woman. He’s spent years patiently waiting for her to admit that she wants him too. Working one-on-one in a race to find a serial killer, Trent’s patience and Erica’s resolve wear thin. When Trent discovers the truth about Erica, will he accept her for who she is? And can he protect her from the horrors that her gift brings?

A case that pushes them to the edge…
Erica will have to risk it all if she wants to stop the killer, and when she does, Trent may have to put his own life on the line to make sure his mate is protected… 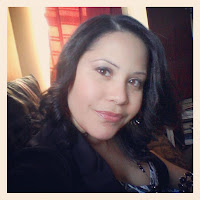 Want to know about me? Milly Taiden (aka April Angel) was born in the prettiest part of the Caribbean known as the Dominican Republic. She grew up between New York, Florida and Massachusetts. Currently, she resides in New York City with her husband, bossy young son and their little dog Speedy.

She’s addicted to shopping for shoes, chocolate (but who isn’t?) and Dunkin Donuts coffee.
A bookworm when she can get her hands on a good story, she loves reading all Mina Carter and Dianne Duvall among others.