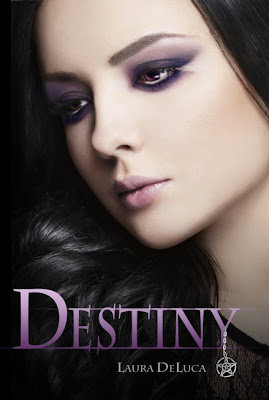 
Destiny Blurb
Gabriella is a witch. The problem is, she doesn't remember. She repressed the memories of her powers years ago when her mother was murdered. Now, the warlock who was responsible for her mother's death has set his sights on Gabriella. He is determined to use her fear to turn her to the dark side of magick…even if it kills her. Her mother's spirit is reaching out to warn her, but even that she pushes away. Desperate to save her daughter, the spirit finds a male witch–one that just happens to be in love with Gabriella. Darron is more than willing to help but the two young witches will have way more to battle than just an evil warlock. There are overbearing jocks and petty rich girls who get tempers flaring and often set Gabriella and Darron at odds.
There is more to the story than Gabriella and Darron could even imagine. There are terrible secrets to be revealed, battles to be waged, and lives will be lost. Only after Gabriella and Darron both come to terms with who they really are, and open themselves up to the true meaning of magick, can they have any hope of fulfilling their destiny. 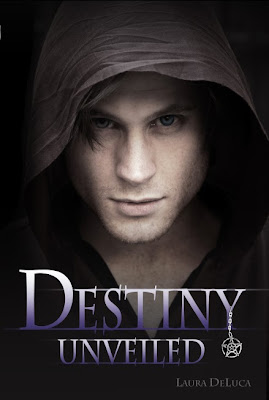 Blurb:
Gabriella and Darron thought their magickal battle was over when they defeated the evil warlock, Richard. When her Aunt Donna seeks Gabriella's help in rescuing her catatonic daughter from the Dark Coven, Gabriella discovers that her cousin holds a power within her that would be catastrophic in the hands of the evil witches. Gabriella's coven sets out on a journey that may be their last. Along the way, they meet new allies, face devastating treachery, and battle not only the Dark Coven, but the darkness within themselves. When Gabriella finally comes face to face with the cousin she never knew existed, her true destiny is unveiled, and the fate of the mortal world is in her hands. 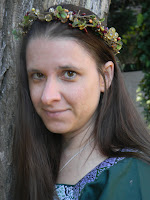 Laura “Luna” DeLuca lives at the beautiful Jersey shore with her husband and four children. She loves writing in the young adult genre because it keeps her young at heart.  In addition to writing fiction, Laura is   Her current works include Destiny, Destiny Unveiled, Phantom, Morrigan, Player, and Demon.
also the editor of a popular review blog called New Age Mama. She is an active member of her local pagan community, and has been studying Wicca for close to eight years.

Darron was on the roof of a large building, elevated dizzyingly high over the road below. Other skyscrapers bordered it, but it was by far the largest building in the general area, standing several stories higher than it's neighbors. The few cars that dotted the street below looked like insects. Above him, the moon shone full, round, and red in the night sky. It was an autumn moon, a blood moon. By the light of that moon, Darron was able to see the practiced movements of six black-cloaked figures, who swayed to the steady beat of an invisible drum. Their shapes were obscure in the pale light, and it was impossible to determine if they were men or women because the dark, hooded robes they wore hid their features from view.

There was an altar erected in the center of a circle that was outlined in black charcoal. On that altar sat the normal tools of ritual: a black tipped dagger, a silver chalice, an incense burner, and multiple black candles. Darron owned similar items. They weren't frightening in themselves. But the altar, like the people who lingered around it, was outlined by a shimmering black aura. The vibrations they relayed were no less than evil. Their presence made Darron shudder. He watched in horror, as a silent and unwelcome spectator to the forbidden rights.

Four of the cloaked figures took up the elemental corners, preparing to call the Guardians. The Guardians answered their call, unable to ignore the summons because magick can't be divided into good and evil. It's both because nature is both, harsh and devastating yet beautiful and gentle as the need arises. It was just as easy for the dark witches to harness the destructive forces of nature as it was for Darron and his coven to call upon its life giving magick. Good or evil was in the heart of its master, not in the magick that was wielded.

A fifth cloaked figure, the apparent leader of the group, stood in the center of the circle with the dagger raised high above his head. The sixth and final coven member groveled at the feet of the leader, his head lowered in acquiescence. The hood of his cloak hid his face though he was no more than a few feet away from Darron.

"Brother and sisters," the leader proclaimed, his accented voice heavy with his foreboding presence. "Tonight in the wake of the blood moon, we come together to bring a new brother into our fold. He has completed the required tasks and proven himself worthy to join us in our work."

The four other cloaked figures cried out in perfect unison. Their hands were raised to the sky in honor of the blood moon.

The leader picked up the chalice from the altar. He followed the path of the circle to all of the elemental corners, stopping at each of the robed coven members in turn. Each offered their willing hands to their leader, palm outward. Each welcomed the point of the black edged dagger as it dug into their open palms without so much as a gasp of pain. The high priest cut a clean line down the centers of the palms of his disciples, and they all squeezed their fingers against the open wound to allow the blood to drip into the waiting chalice.

After collecting the offering from his followers, the leader returned to the center of the circle and the waiting initiate. With one quick motion, he sliced open his own palm. He held his hand over the cup, letting his blood drip slowly into the chalice, until the wound miraculously healed before Darron's startled eyes. When the chalice was full, he carried it to the eager initiate who took the cup firmly into his hands and tilted it towards his lips.

"As this blood makes you one with our flesh, so your soul follows to become one with the darkness," the English voice intoned.

As the initiate drained the last of the liquid in the chalice, his hood fell away, revealing a blonde ponytail pulled back over a pale white face, made even paler by the outline of bright red blood around his lips. Darron watched in stunned, horrified silence as his own face turned to meet his gaze. Eyes turned as black as coals stared back at Darron with a grim smile of satisfaction.

"Rise Darron," the leader commanded. And as he spoke, he lifted the hood from his head. Rise brother of the Dark Coven." 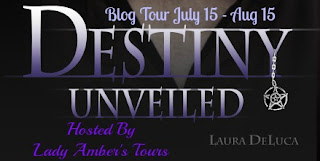