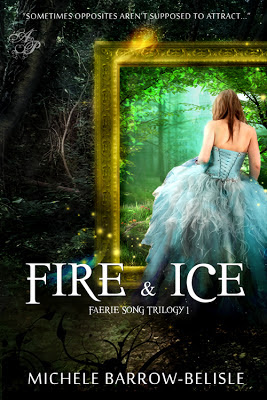 
Blurb:
Highschool senior Lorelei Alundra, can see and heal people’s pain and can sing with the voice of an angel. She’s spent most of her life hiding from her gifts because they’re controlled by the dark faerie who gave them to her. Content with the semi-normal life she’s carved out for herself, Lorelei is unnerved by her inexplicable attraction to Adrius, the new guy in her art class. Dark, brooding and mysterious, Adrius is as terrifying as he is captivating.
Her semi-normal life takes a turn for the bizarre when her mother falls critically ill and to save her, Lorelei follows Adrius… into another realm. A world where Elves are way hotter than Legolas, and Faeries… are nothing life Tinkerbell. (Lose the dragonfly wings and add a tattoo.) The two mythical beings are fire and ice opposites. One she can’t stay away from and the other she’s compelled to be with.
Trapped in their world, Lorelei is now forced to fulfill a destiny she wants no part of, or risk her mother life. One mistake could put the fate of their world, and her soul in jeopardy. And as reality becomes more terrifying than fiction, Lorelei discovers three truths; fairytales are more real than reality, destiny sometimes makes mistakes... and falling for your prince charming, could get you killed.

Michele Barrow-Belisle is an author and artist living in southern Ontario, Canada with her super-sweet husband, brilliant son and ridiculously affectionate cat. Often told by teachers to stop dreaming and get her head out of the clouds, Michele still spends much of her time lost in make-believe worlds, populated with fascinating and occasionally terrifying characters. Her passion for fantasy extends beyond her writing into her clay figure sculpt-ing, creating miniaturized replicas of the paranormal beings she writes about. Michele is as passionate about reading as she is about writing. When she’s not reading or writing, she can be found burning off that last piece of chocolate cake in a Zumba class, or sculpting tiny desserts in polymer clay. She also loves mocha lattes and watching fireflies at twilight. Did we mention she loves chocolate? 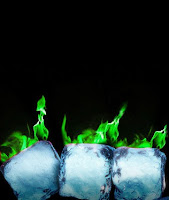 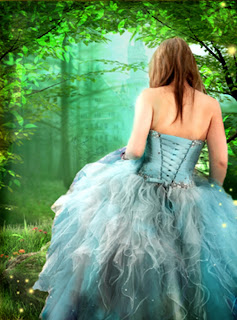