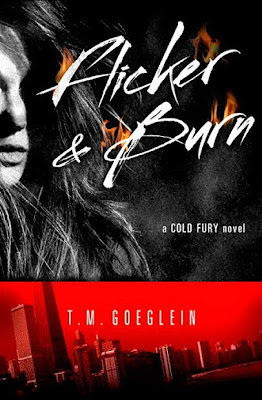 Sara Jane Rispoli is still searching for her missing family, but instead of fighting off a turncoat uncle and crooked cops, this time she finds herself on the run from creepy beings with red, pulsing eyes and pale white skin chasing her through the streets in ice cream trucks; they can only be described as Ice Cream Creatures. They're terrifying and hell bent on killing her, but they're also a link to her family, a clue to where they might be and who has them.
While she battles these new pursuers, she's also discovering more about her own cold fury and more about the Chicago Outfit, how the past misdeeds--old murders and vendettas--might just be connected to her present and the disappearance of her family. But connecting the dots is tough and time-consuming and may finally be the undoing of her relationship with the handsome Max--who's now her boyfriend. But for his own safety, Sara Jane may have to end this relationship before it even really starts.
Her pursuers who've shown her her mother's amputated finger and the head of the Chicago Outfit who's just whistled her in for a sit-down make a romance unthinkable. The only thing that matters is finding her family and keeping everyone she loves alive.

T.M. Goeglein began his career as a writer of print and television ads for a host of advertising and media companies. As a screenwriter, he created both original scripts and worked as a script doctor for several production companies in Los Angeles. He was an original contributor to the Huffington Post 'Living' section, and continues to write for both the national edition and Huffington Post Chicago. Read T.M. Goeglein's stories on the Huffington Post.
His debut young adult novel, COLD FURY, will be published by Penguin/Putnam in 2012 and is the first in a trilogy; he’s currently working on the second book. He lives in Chicago with his wife, Laura, and two young children.
Links:
WEBSITE