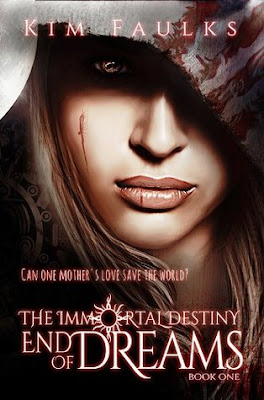 Title: End of Dreams (The Immortal Destiny, Book One)

A vicious killer hunts a young pregnant woman. He wants more than her blood--he wants her baby too.

Young Eve dreams of being a good mother to her unborn son, that dream is shattered when child killer, Edric Hasting finds her in the middle of the night.

Haunted by the images of black wings on her baby’s ultrasound and the killers last words Eve knows her only hope of survival is to run.

She soon finds hard-bitten detective Adley Scott who dreams of justice for a string of murdered children which hit too close to home.

A group of Immortals are drawn into Eve’s battle for survival as events are played out across the globe by two opposing factions of immortal beings.

The fragile, divine balance of all things is at stake, and the world is the ultimate prize.

Against a background of universe-changing events and an ensemble of vivid, unforgettable characters, Eve and Adley will have to fight to survive as they begin to learn the truth of The Immortal Destiny. 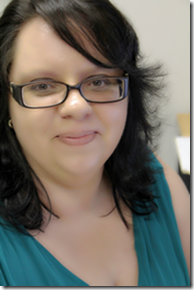 The author of The Fire and Ice Series, No Angel Series and now the Immortal Destiny Series I was raised on a staple diet of Stephen King and Dean Koontz, there I fell in love with the darker styles of writing. I started writing at a young age but quickly realised that I lacked an important ingredient, life experience. Now I have this in spades.
I am firstly a Mum and a wife and second an Author of Dark Fantasy/Horror, although sometimes I'm sure my family feels it's the other way around. I live in Queensland Australia and work full-time. Writing is my passion and a dream and I'd love to share it with you.