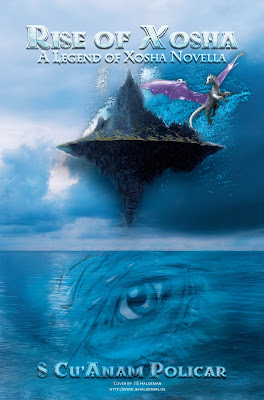 A tale of epic proportions.
The Rise of Xosha tells the tale of Xosha's beginnings.
Where Anjyls are mortal pawns,
Dragons rule the skies,
Wolves and elves roam the forests,
and demons lurk below the surface.

Oceanus, the leader of the last hord of dragons in the realms must find his people a new home.
Going only on the word of the odd colored white dragon, Rose, he leads the horde far from their home, over waters that seem to have no end.
Pyre, Oceanus' younger, rebellious brother must come to terms with the fact that Oceanus will never see him as anything more than a welp too young to be of any use.
Jade the youngest of the three has her own thoughts and inner demons to contend with.
Then there's Rose, The dragon with an amazing gift no one will acknowledge. The outcast of her people simply because she's the only one of her color.
Will these four ever come to terms with why they had to leave their home?
And what strange new beings will they encounter in their new territory?
Find out when you read The Rise of Xosha; The story that started the legend.

***ADVISORY***
This book contains mild to moderate violence, the concept of death, insinuated sexual contact... Not Recommended for Readers under the age of 16.

The last horde of dragons. Forced from their home by the human loving Anjyls now seek a new home.
Danger surrounds them on all sides.
Love, Friendship, Deception, all things they must learn to accept in their life.
Will they survive long enough to build the kingdom the prophecies foretold?
Or will they fall prey to the lies they discover within their own ranks?

S.Cu'Anam Policar was born in Brooklyn, NY, but now lives in Washington State. The Mother of three she makes time to write, usually late at night.
An avid reader, she not only writes but helps promote other authors with blog tours and reviews of their books.
She is Pagan but respects all religions and believes everyone should celebrate their similarities and not care about their differences.
When she has the time, she enjoys playing video games, horseback riding, singing, and writing things other than her Legend of Xosha Series.
She absolutely loves to make new friends so don't be afraid to come by and hi on facebook!

ANTHOLOGIES
Other Voices: An Urban Fantasy Anthology -
Amazon - http://www.amazon.com/gp/product/B00E1RGBN8/ref=as_li_qf_sp_asin_tl?ie=UTF8&camp=211189&creative=373489&creativeASIN=B00E1RGBN8&link_code=as3&tag=cusebgiaw-20
Good Reads – https://www.goodreads.com/book/show/18216788-other-voices
BLURB –
Spanning through time, the authors of Other Voices take the reader on a journey of the strange and unusual from the gas lamp lighted streets of Victorian London to the neon of modern day Las Vegas.

'A Touch of Chaos' (S.Cu'Anam Policar): A young boy recruited by a mysterious duo, Paradigm and Razor, has one night to prove his worth on the Strip in Las Vegas. Failure is not an option.


'Third Floor' (Andrea L. Staum): After taking three months to build up her courage, young Hestia Diedrich is about to discover what is on the third floor of main library of the Institute for the Understanding of the Metaphysical.


'The Curious Case of the Digging Man'/'Séance at St. Bart's' (Mel Skubich & Stevie Conradi): In 'The Curious Case of the Digging Man' it is 1891; Alistair Gordon and medical student Jerome Garibaldi share apartments and adventure. The unexplained death of a resurrectionist sends the duo out into the grimy streets of Victorian London in search of answers. 'Séance at St. Bart's' Alistair Gordon meets the shadowy Mr. Sinclair whom he asks to assist him in this most unusual case.

'Electric: Bolshy'/'Electric: The Last to Die' (Christopher J. Crisp): In 'Bolshy' Choreographer Erich Werth calls on the help Night Boys, Francis Tenn and Christy Lawless Shaughn to find his missing possibly suicidal protégé. 'The Last to Die' finds Erich joining Night Boys as they track the protégé to the only club in the US where you can commit suicide by vampire.

'Flying' (Diamant): In the summer of love a group of rich flower children are gathered together by a famous pop group, The Fab Lads, who has discovered a magic spell which could change transportation as the world knows it. They only need, love, energy and a willing guinea pig.

'The Life of Jenessa' (Elizabeth Figueroa): Jenessa is your average young woman; great job, nice apartment. Secretly, she lives an extraordinary life by night. The fine balance between her average and extraordinary lives is tipped one day when her aunt pays her an unexpected visit.

Miraculous: Tales of the Unknown –
Amazon - http://www.amazon.com/gp/product/B00EB4CI1A/ref=as_li_qf_sp_asin_tl?ie=UTF8&camp=211189&creative=373489&creativeASIN=B00EB4CI1A&link_code=as3&tag=cusebgiaw-20
Smashwords - https://www.smashwords.com/books/view/343589
Good Reads - https://www.goodreads.com/book/show/18278328-miraculous
BLURB –
Hear the amazing and miraculous tales from some of your favorite Indie Authors! From faeries to werewolves to ghostly encounters and so much more, take a moment to glimpse a more supernatural way of thinking!

No Sleeves and Short Dresses: A Summer Anthology
(ALL Proceeds go to BLISS an organization to help get premature and sick infants the medical attention they need)
Amazon - http://www.amazon.com/gp/product/1492234494/ref=as_li_qf_sp_asin_tl?ie=UTF8&camp=211189&creative=373489&creativeASIN=1492234494&link_code=as3&tag=cusebgiaw-20
Good Reads – http://www.goodreads.com/book/show/18395855-no-sleeves-and-short-dresses?ac=1
BLURB –
This is an anthology of short stories and poetry based around a summer theme. There is a mixture of dark fiction, romance and supernatural features.

This holiday read is all for charity. All royalties will go to Bliss for premature and sick babies.

Oceanus:
Oceanus is the leader of the dragons that claim Xosha as their home. He is older than many think and tries to do the best he can to lead the dragons that follow him. Being a blue dragon, Oceanus can control and manipulate water at will. 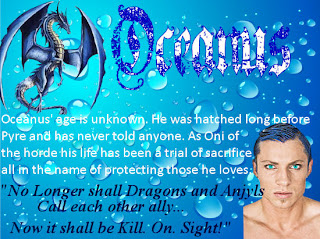 Pyre:
Pyre is Oceanus’ younger brother, born to the second clutch their parents had. While age wise, he is considered an adult, his actions deem him an adolescent in Oceanus’ eyes. Pyre can be brave, and is always stubborn. Being a red dragon, Pyre can control and manipulate fire at will. 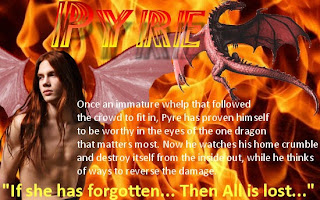 Jade:
The youngest sibling to Oceanus and Pyre, born to the last clutch their parents had before the humans arrived. Being vulnerable, young, and feeling alone since she is the youngest in the horde, she was an easy target for Fury and her minions. As a green dragon, Jade can control and manipulate air at will. 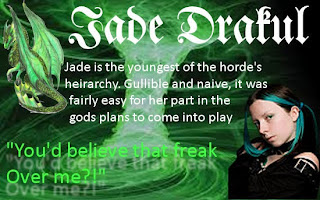 Rose:
Chosen by the gods, Rose can communicate with them when they need to relay a message. Her odd coloring deemed her an outcast to the horde. Showing no visible abilities, she was deemed weak and useless. Oceanus and Jade are her only friends. Being a white dragon, Rose can heal any wound, and if could in enough time, she can restore the soul to the dead. 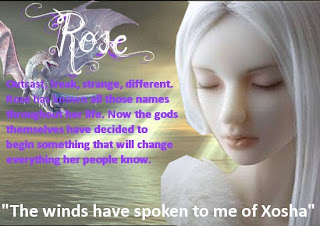 Reaper Rose:
Alpha of the Rose pack, the main wolf pack in the Solstyce Woods. Reaper had a rough life and earned his place as alpha. While seen as heartless and uncaring by the dragons due to some of his actions, it is evident that every move he makes is in the best interest of his pack. Reaper is a black wolf that stands six feet tall from foot to ear tips on all four legs.

Asami:
A hellhound found in the belly of Shai’Pyre. She and her pack of five were deemed traitors by Fury though it is unclear why. Granted sanctuary by Reaper when found in a cage in the belly of Shai’Pyre, she makes it her mission now to show her new alpha that not all hellhounds are evil. Asami is a red hound with red gargoyle wings. She stands roughly five feet tall from foot to ear tips, Six feet if you measure to the tips of her wings.

Fury Nye’Cross:
Fury holds the title of the Queen of Shai’Pyre, though in reality she is nothing more than her brother’s champion. A vicious Shai Demon, Fury’s flesh is tan tinged with a reddish hue, and deadly horns that protrude from her forehead. Her favorite method of torture is her tail whose spaded end is deadly accurate. Fury is five foot two with gold eyes.

Elrur Silverspell:
King of Silverspell, Elrur is a Silver Elf. He stands  approximately five foot nine, his skin is a periwinkle color with the traditional elvish long pointed ears. His hair white and his eyes are a pale blue. Elrur is a master at getting what he wants.  Ally to no one really, he will use anyone to gain what he desires. 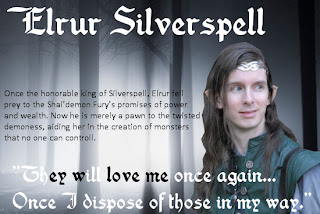 Devlin Darkthorn:
Once a Silver Elf, he was the first of Elrur’s “experiments” to create an intelligent, obedient killing machine. Now deemed a Silver Fang , Devlin’s skin has a sickly palor to it, his hair is a dull black, his eyes grey, and to remain on his feet, he must drink blood. 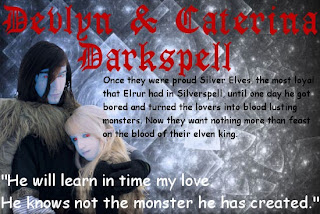 Caterina Darkthorn:
Caterina is Devlin’s mate. The second of Elrur’s twisted Silver Fangs. While obedient to her king, Caterina has blonde hair that falls mid back and eyes a deep sapphire.