Blurb-
“I may have had more lovers than you, and I may take my clothes off for countless women, but you are the only one who can strip me bare.”
Do you ever stop loving someone just because they’re gone? Five years ago Ryan Pierce disappeared from Alana Remington’s life without leaving so much as a post-it note behind. He was the one she gave her heart to, her soul to and her virginity to.  So imagine her surprise when she finds him dancing at one of NYC’s hottest male reviews as Jack the Stripper.
Ryan never stopped loving Alana, and now that she serendipitously dropped back into his life, he’s vowed never to lose her again.  But being together has its costs, and challenges Alana isn’t sure she can handle.
She finally has Ryan back; but how in the world is she supposed to share the love of her life with half of the women in New York City? 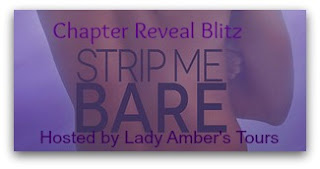 Marissa Carmel has loved writing ever since a young age. She has a duel degree in History and Political Science, but took as many creative writing classes in college as she could. She spent most of her twenties
bartending, which is where she met her husband and a multitude of interesting people. When she’s not reading or writing, she’s hanging out with her family, experimenting in her kitchen or doing yoga on the living room floor.

Chapter One:
You Don’t Know Jack

Pink plastic penises.
That’s what’s bouncing around like two alien antennas on top of my cousin Emily’s head. Two, pink, rubbery penises attached to a cheap headband.
I don’t know how people celebrate bachelorette parties in other parts of the world, but in the North East they dress the bride-to-be in sashes and tiaras, force them to wear pink penis paraphernalia and sacrifice them to male exotic dancers. Emily doesn’t seem to mind though. She’s sipping champagne happily in the back of an Escalade stretch limo as we drive through New York City.
“Alana,” says Jill, Emily’s maid of honor whose personality is just as fiery as her red hair, “we were taking bets as to whether you were going to come or not.”
“Why wouldn’t I?” I ask curiously.
“I don’t know?” she holds her hands up like she’s balancing a pair of scales. “Cutting a year long trip to Europe short or staying and hanging out with all those hotties on the French Riviera?”
“Sun and Speedos get old after a while,” I joke.
“Well maybe some American Speedos will revive your interest?”
“I doubt it.” 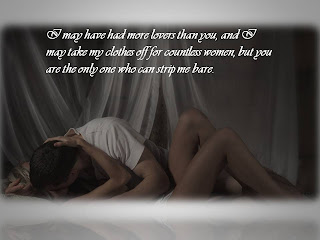 “Is the straight-laced Alana Remington too prim and proper for a male strip show?” Jill digs.
“She’s only prim and proper on the outside,” Emily jumps in, defending me.
Thanks Em, but I can take care of myself.
“Why would you say that? I’m here aren’t I?” I interject. “I’m just not partial to tiny male underwear. And I think the politically correct term is Male Revue.”
“Whatever,” Jill laughs at me. “This is the perfect night to let your hair down and get a little action between your legs.”
“Jill!” Emily chastises. “They don’t sleep with you.”
“I’m sure if you paid them enough they would.”
“You’re so crude,” Emily says.
“I’m just real. And I’m pretty sure all they’d have to do is take one look at Alana’s blonde hair, brown eyes and long legs and they’d pay to sleep with her.”
“Well just don’t let my father find out if that happens,” I say dryly. “I don’t think he’d respond well to me pimping myself out.”
“I have a feeling you don’t need monetary transactions for sex,” Jill pours herself a glass of champagne as we haul down 5th Avenue.
I glance at Emily and she gives me a sympathetic look.
“Where did you tell him we were going tonight anyway?” Emily giggles, her bright blue eyes sparkling, her long dark hair pouring over her shoulders. She’s five foot two and one hundred pounds soaking wet, but she has the persona of a supermodel; beautiful, confident, sexy, fun.
“I told him we were having an early dinner, then seeing a Broadway show. I almost choked on my granola when he asked me which one. Most of the time, he barely recognizes I’m alive, but of course the one time I’m not prepared with a cover story, he catches me,” I shift around in the cream leather seat, trying pull down the clingy hem of my gold pleated tube dress without much success; if I’m not careful I’m going to end up giving everyone a pre-show.
“So a male strip club would have been a no-go with him, huh?” Jill asks sarcastically.
“Like I need to answer that.”
I’ve known Jill most of my life and she’s fully aware of my family situation; my father, the strict, detached man who has stern expectations of his daughter, which includes an impeccable social image. Me, going to a male strip club? No-go is a drastic understatement, and she knows it.
“My uncle has very firm views about how his daughter should act,” Emily says annoyed. “What she should wear, who she should date, how she should breathe. And he’s colder than damn ice. I swear I don’t know how our fathers share the same DNA.” Both our fathers are prestigious figures in the law community. Mine is a superior court judge in New Jersey while Emily’s is a big shot lawyer in New York City. They both have a reputation to uphold, but my uncle John is very personable and laid back and he and Emily have a great relationship. My father is the exact opposite; stringent, disconnected, career driven. I don’t even think he has emotions. And we have no relationship.
“So no little lost strippers following you home then?”
“Jill,” I roll my eyes.
“Not unless they have a seven figure paycheck and republicans as parents,” Emily adds wryly.
Everyone in the limo looks at me and I’m not exactly sure what they’re thinking; it’s probably a toss-up. They either feel incredibly sorry for me or think I’m some tight ass who’s going to ruin the fun. If they take one look at my dress they should know it’s not the latter.
As we drive through Times Square, the lights on the billboards are flashing and droves of people are walking. The city is always so alive, bustling, moving, churning. I love it here. And I’ll love it even more when I live here. I start law school in three months, and I can’t wait.
It’s nearly eight o’clock when the limo pulls up to Culture, the only all male ladies club in the world. At least, that’s what the website boasts. Already, the line is around the corner with eager women waiting to get in. All six of us step out of the limo into the New York air. Along with Emily, Jill and I, there’s Beth and Liz the groom’s two sisters and one of Emily’s roommates from college, Jen. The smell of hot dogs and pretzels drift in the breeze from the street vendors as we make our way up the sidewalk. There’s a secondary entrance that has a street sign with several shirtless men that reads ‘Male Revue’, and when I look closer I catch some fine print scribbled on the bottom that says ‘lip smackin’ dick’.
Oh man, maybe I am too straight laced for this.
Emily nudges me as we wait in line for the doors to open. “Sorry about Jill,” she whispers.
“Why are you apologizing? She’s right,” I cross my arms. “I do need some action between my legs, I just have to build up enough nerve to actually let someone in.”
“That’s not the only place you need to let someone in.”
I bristle, “Em, I don’t want to dwell on my past. At least not tonight, okay?”
“Okay,” she concedes, the penises bobbling on her head.
“Are you going to wear those things all night?” I ask incredulously.
“No, I’m just going to wait until Jill is drunk enough not to notice I took them off.”
“Well,  you shouldn’t be wearing them for too long then.”
Emily nods zealously in agreement. I think she likes the shock value of her headband a little too much. 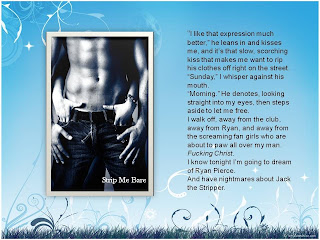 It’s early May, so the temperature in the city is comfortable. No one needs jackets or scarfs or pants, and I