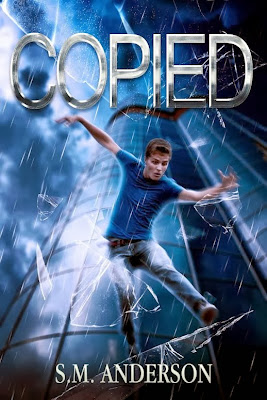 Book Blurb:
Adopted off the black market, Alexander
Mitchell, has no idea his DNA is copyrighted and
property of military weapons giant Texacom Defense.
Nor that his DNA is being used to develop an army of clones. When the company
discovers he was not properly disposed of 17 years ago, they send an assassin copy,
BETA23, to terminate Xan and cover it up
After he narrowly escapes BETA23’s first attempt, Xan teams up with Lacey, a
genetically engineered genius he’s surprised to find common ground with— only
they’re awkward together. Half of the time she stares at Xan like the science project
he is and the other half…let’s just say Xan can’t keep his eyes off her lips.
When they manage to capture a company copy by luck and sheer stupidity on
Xan’s part, Lacey is determined to see the good in their prisoner to the point she
believes BETA23 can be persuaded to give them the intelligence they need to keep
the company forever off Xan’s back. Xan’s not sure if he can trust the darker version
of himself, not when it means gambling with the lives of his family and the possibility
of losing Lacey. 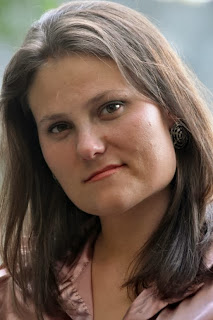 S. M. Anderson (Sarah Anderson) was born in
Lima, Peru. She has lived in seven different countries, on
five continents, and speaks a smattering of languages. As
a child and even young adult, writing and reading were
difficult for her, so difficult that she received extra help
outside the classroom and was diagnosed with a learning
disability. However, she always loved stories, especially
ethnic folktales from the countries she lived in. It was the
desire to create stories of her own that fueled her
determination to overcome the challenges that came with
writing. She has a BA in Art Education from BYU, with a
minor in Russian, and a love of power tools. She has a
growing family of three kids and currently lives in Springville, Utah.

“Unique and captivating story about a boy who discovers he isn’t who he
thought he was. In fact, there isn’t only one of him. And when faced with a very
different version of himself, he is forced to look within and decide who he wants to
be. Sometimes it takes looking at oneself, literally in this case, to become who you
want to be. I can’t think of many things that would totally freak me out, but running
into a copy of myself—a copy that is so unlike me—would top the list. The theme
that no one is as they seem permeates this novel.
Copied is full of compelling characters that are easy to care about and root for.
They are not cookie-cutter, bumbling teens, but smart, strong, and proactive. I had to
finish in a hurry to discover how it would turn out for them.
You won’t be able to put it down as the mysteries of these teens’ lives unfold.
It may even have you questioning who you are and where you came from.
A chilling tale of nature vs. nurture, the power of trusting, and the belief in the
transformative power of kindness to change who we are. The underlying theme that
we can choose to be whoever we want to be, despite what we’ve been taught, screams
from the pages of Copied.
I highly recommend this clean, intriguing novel--don't miss it.”
-Cindy M. Hogan, author of the Watched trilogy.
"Copied by S. M. Anderson was a fresh, exciting novel that seamlessly wove
together elements of science fiction with our everyday world. Not only was it a great
read, but it got me thinking--what makes a person truly unique, and what would
happen if that uniqueness was challenged? I definitely recommend it."
- Tristi Pinkston, freelance editor and author
ins enough action to engross male readers with a
romantic subplot that will captivate the fairer sex. Although Copied’’s main target
audience is teenagers the core of the story deals with ethical dilemmas that will trigger
a crossover appeal to more mature readers. 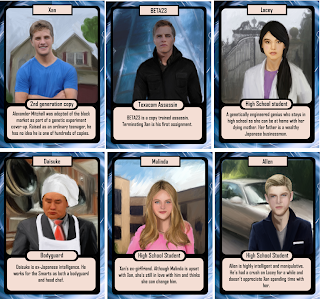 
Copied will find a home in the hearts of readers who enjoyed Divergent and the
TV show Heroes. The novel contains enough action to engross male readers with a
romantic subplot that will captivate the fairer sex. Although Copied’’s main target
audience is teenagers the core of the story deals with ethical dilemmas that will trigger
a crossover appeal to more mature readers.