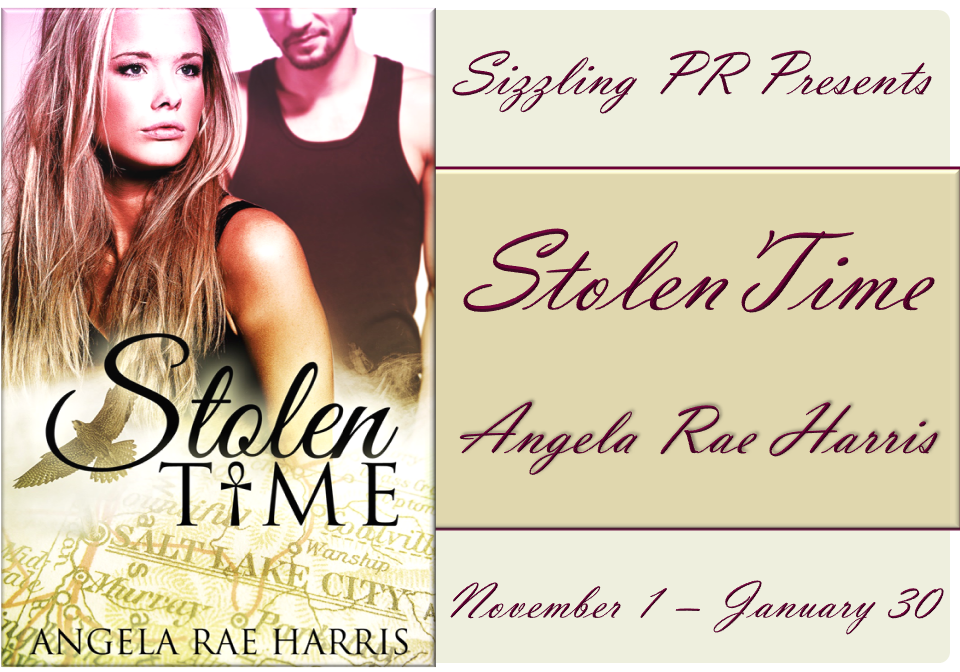 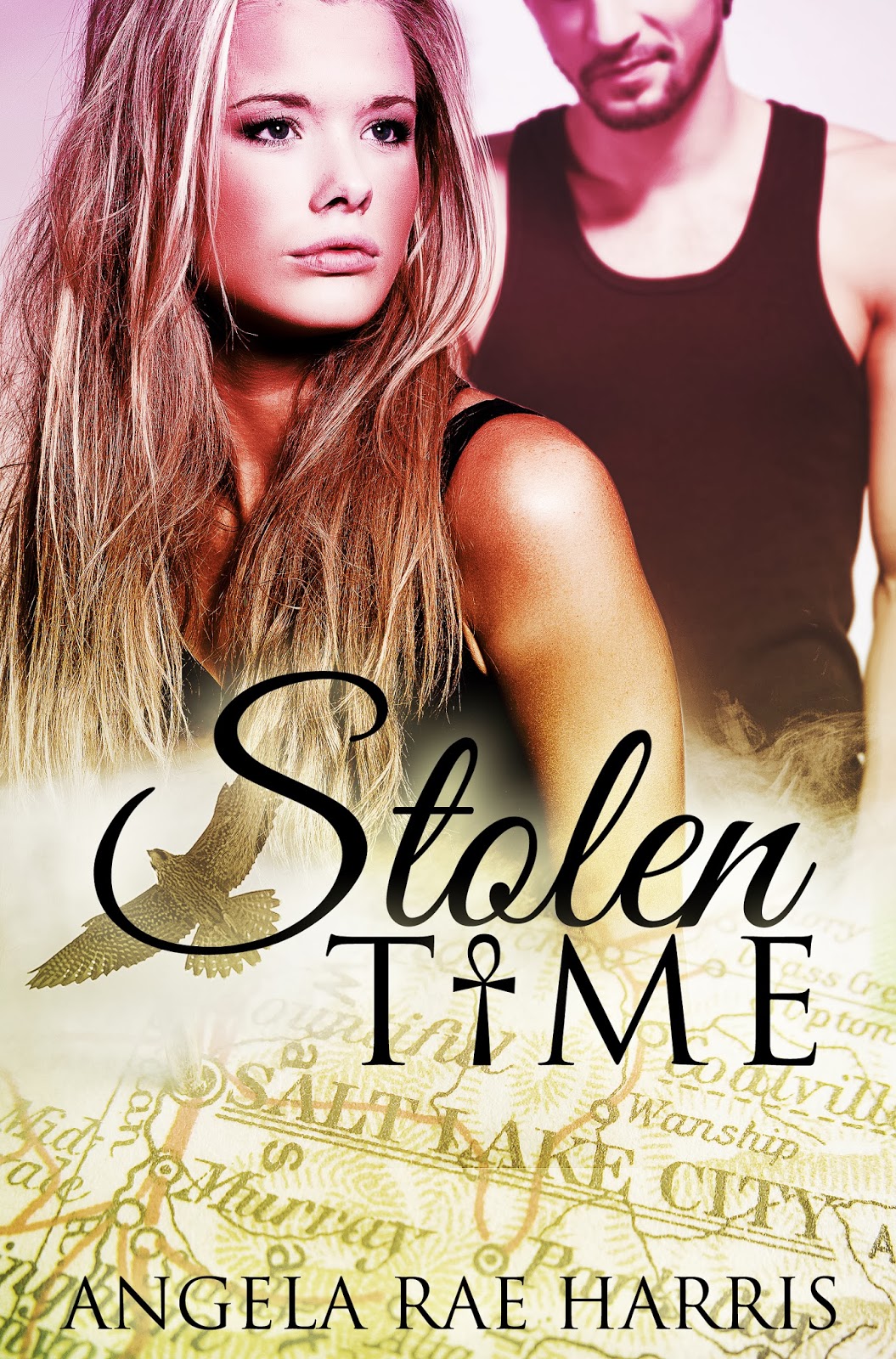 
Blurb:
Tragedy has made Keaira wise beyond her twenty years. Forced to work for the General, a commanding man who blackmailed his way into her life, she was ordered to study self-defense and master knife throwing. In the hidden community of Shifters, falcons are considered weak, a fact which may ultimately save her life. To escape his cruelty, she will need to call upon her quick-witted falcon side, but the General has other plans – ones which involve his only son, Carson.
When unexpected feelings form between Keaira and Carson, the General quickly moves his pieces into place, launching his quest to take over the world. If she wants to survive, Keaira must stay one step ahead in the General’s deadly game and discover his weaknesses. Even if it means risking her life and the lives of those she cares about most.
With war on the horizon, sides are being drawn.  Deadly secrets must be exposed. Time is running out for Keaira and all of mankind.

Angela Rae Harris:  Stories of Hope ~ Creating DreamsAngela is an author, a wife, mother of two, and a part-time assistant office manager. She loves nights when her husband cooks. Her two kids keep her hopping and help her tap into her well of creativity and imagination.
At thirteen, Angela read Harry Potter and was reacquainted with books. She reads everything from Steven King to Will Hobbs. She started writing after her youngest was born. The characters started to visit and wouldn’t let her sleep until she wrote down their stories.
She'd love for people to get lost in her books.
Website/Blog / Facebook Fan Page / Twitter / Goodreads
Book Links:
Amazon / Amazon U.K. / Barnes & Noble / Smashwords / Goodreads

Keaira jumped when her desk phone rang. Cursing, she picked up the phone.
“Mr. Scott’s office.”
“Hey, it’s Carson.”
Keaira felt her face light up.
“Oh. Hi. How did you get my work number?” Keaira shook her head at her own stupid question. “Ugh, I think I already knew the answer to that.”
“Sorry. I talked to my dad this morning. Just thought I’d warn you that he was asking questions about us.” He sounded a little unsure of himself.
“It’s not a big deal. So, what’s up?”
Keaira twirled her chair around to stare at the boring white wall behind her.
“I was just going to tell you I’d really like to see you again. How does tomorrow night sound?”
Keaira pushed her foot lightly against the floor to turn the chair the way around and rested her elbows on her desk. The deep sound of his voice made her feel a little light headed.
“I’m free.” Keaira caught herself before she giggled. I will not act like a giddy little school-girl over a guy, even Carson.
“Dinner and bowling with my friends all right with you?” He sounded nervous, not at all like the confident, easy-going Carson of the night before.
“Sounds like fun.”
“Last time you shot down my idea, so I just wanted to make sure. I’ll pick you up after work.” Now he was back to the cocky Carson she had been with last night.
“See ya then. Bye.”
Keaira turned back around to hang up, but the cord wouldn’t reach the cradle. She untangled it from around the chair and freed the finger that was all wrapped up in the cord from twisting it while she was talking to Carson. Gah, I am acting like a school-girl. Who doesn’t use cordless phones these days anyways.
Keaira was so distracted she didn’t see Mr. Scott come into her office. She nearly fell out of her chair when she looked up. She could understand not hearing or seeing him enter, but surely she should have smelled his cologne when he came into the room. I hate that cologne.
He tried to smile. To Keaira it just looked like a sneer. She’d love to be the one who wiped it from his face one day.
He said, “Sorry, did I interrupt something?”
She narrowed her eyes at him. He knew damn well she had just been on the phone with Carson.
“Not interrupting, no.”
He set a handful of papers on her desk. “New membership information.”
Keaira took the papers and started looking through them. Despite her obvious attempt to ignore him, the General didn’t leave. She avoided his gaze as she started transferring bank accounts and phone numbers to the computer. He pulled up a chair to the front of the desk.
“So how are things going with Carson?”
He unbuttoned his navy-blue suit jacket as he sat down, exposing the crisp white dress shirt underneath.
Keaira didn’t look at him.
“Considering you are my boss and he is your son, there are two strikes against you. I guess the fact that you hold my life in your hands is the third reason why I will not talk to you about anything having to do with me and Carson.”
The General chuckled. “I knew I could trust you to keep secrets.”
Keaira tried not to let him affect her, but the tremor, which ran up her spine, couldn’t be stopped. Her fingers clenched into fists, and she figured that while he was in a good mood she would broach the subject that had been nagging at her all day.
“Speaking of secrets, why are you keeping your, um, plans from your family?”
She held her breath, hoping she would not regret acting on her curiosity. She peered at him out of the corner of her eye.
The General sighed and looked at her oddly. Funny, he thinks he can trust me. Keaira inwardly laughed. She met his brown eyes as he stared at her. A minute passed with neither of them moving. He finally leaned back in his chair and closed the door. Keaira relaxed a bit, allowing herself to breathe.
“I don’t want to put them in harm’s way any more than I already have. Those who deny the rise of the higher class may try to get information out of them.”
He spoke quickly. Keaira had the feeling he wasn’t telling her the whole reason.
Not being the best at holding her tongue, Keaira whispered, “You don’t want them to try to stop you.”
The General suddenly stood and then returned the chair to its place in the corner. He turned back toward Keaira, and she slumped into her chair as his brown eyes bore into hers.
“I love my family. I will not let anything hurt them.” He gave her one last hard glance as he opened the office door and left.
Keaira sat there, mouth wide open and watched him leave.
She believed the General loved his family but on selfish terms. This man was insane, and he held her life and the lives of many others in his hands. If it were not for the collateral the General had over Keaira, she would want nothing to do with his scheme to rule over the humans. She swallowed the lump in her throat as she reminded herself he had the ability to take any life he wanted. She wasn’t the only one in danger. Right now she was just thankful her big mouth didn’t get her into even bigger trouble.