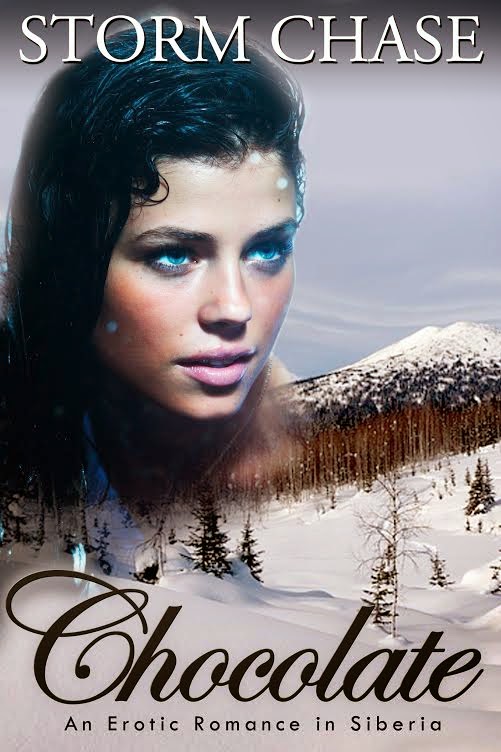 
Star is a top escort with a lucrative sideline in Bondage and Discipline. However, a wrong move lands her in Siberia as the unwilling leading lady in a series of extreme S&M films.

Refusing to give in to fear, Star fights back, eventually driving her captors to present her as a gift to Alexei, a prison officer who is feared throughout the state.

Star quickly discovers Alexei has a penchant for kinky sex, and a tough exterior but a kind heart – and a seemingly unending supply of chocolates. She falls in love, unaware that Alexei is hiding a secret even darker than her own past.

Chocolate is a fun read with a feisty heroine and a hero with a soft center. 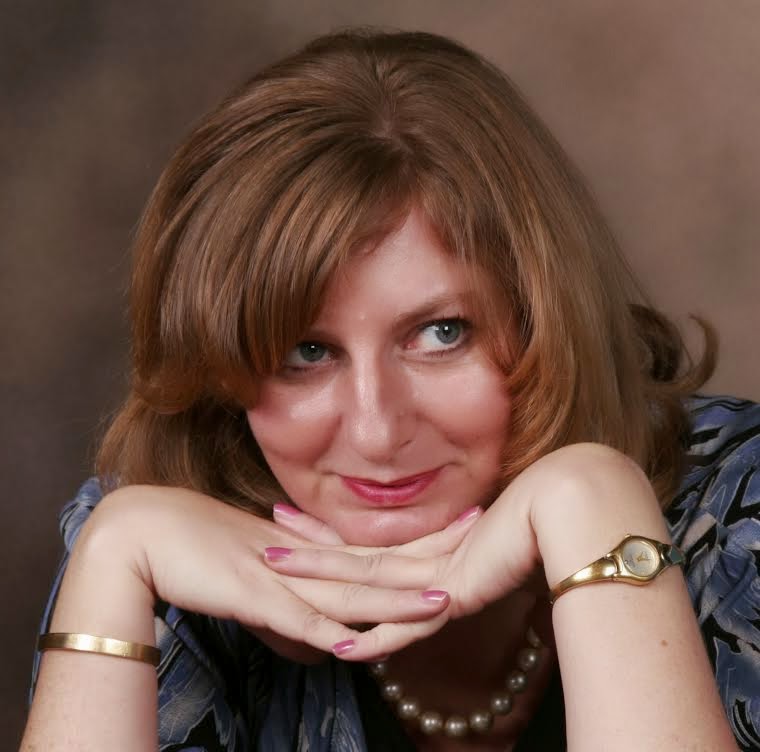 Storm Chase was born September 2012. Her alter ego is Ellen Whyte, a syndicated author who has published roughly 3000 articles and 10 print books. The alter ego is the steady type; Storm is the tearaway who's dedicated to making it work with epublishing.

Star sat down at the table and tucked in. As the egg yolks mixed with the bacon and creamy sauce, she moaned slightly.
“Oh my God, this is better than sex!”
Alexei was looking somewhat startled. “Glad you like it.”
Star nodded. “Mate, this is even better than chocolate!”
He smiled and went back to his iPad.
He was a strange man, Star thought. She’d been frightened of him at first, and so had Ivan and Sorge, which proved something was up. Yet though he was cool and distant most of the time, he was generous too. The food was brilliant, he constantly filled up the bedroom drawer with soaps and creams, and bed last night had turned out fantastic; if you didn’t count that sneaky thing with the collar.
When he smiled, he was quite good-looking. She liked the way his eyes lengthened, and the way his smile lit up his face. Pity he didn’t smile a lot. He didn’t exactly look bad tempered. It was more like he was analysing everything. As if he was standing a little bit apart from the world around him.
Star wondered if he was on drugs but dismissed it. He wasn’t one of those buff “my body is my temple” types but he was lean and lightly muscled.
A gym nut maybe but more likely a runner, Star considered.
She looked about her. The house was comfortable and there were no pipes, bongs or even ashtrays. Everything was clean, tidy and organised. Efficient, that was the word. No, he wasn’t the type to mess about with any sort of happy dust.
If this deal were going to work, she would have to figure him out. But first she had to get that collar off.
“Finished?” Alexei had put down the iPad.
“It was the best thing I’ve ever put in my mouth. Ever.”
He gave her a slight smile. “Good. You can do the dishes; I’m off for a run.” He looked out the window. “It’s too cold and wet for you to come along.”
So she was allowed outside? That sounded all right, Star thought.
“If you do go out, just be careful not to go too far into the woods.”
“Because of the wicked wolf?”
“Bears. They come to steal rubbish.”
Star stared at him. “Bears? Where is this place?”
“Divnogorsk in Siberia.”
“Blimey!” Star was taken aback. “It’s not snowing.”
“It will in a few weeks.”
“So I’m winter entertainment?”
“Got it in one.” Alexei pushed the iPad towards her. “Here. You’ll want to catch up with things. Send some email maybe. If you like comics, I’ve got Batman, Batgirl, Superman, all the classics. In the original English.” He smiled. “But do the dishes first, ok?”
Star stared at him. “You’re the weirdest fucking Dom I’ve ever come across,” she burst out.
He just looked at her. “What makes you think I’m a Dom?”
Star touched the collar. “What’s this then?”
“I like it,” he said easily.
“It’s decoration? I’m not a fucking Christmas tree, am I?” He wasn’t looking mad so Star thought they’d better have it out. “ And I had a look in your drawers, mate. Whips, chains and all sorts of fun toys. If you’re not a Dom, what are you?”
He enjoyed the way her accent varied from her native London tones to a put-on refined twang but he didn’t quite get everything she said. Still, it didn’t matter. This was the Star he’d seen a glimpse of in Ivan’s film. Fearless, forthright, vulgar and fun.
He wasn’t going to tell her about the GPS chip in the collar. Or that it was the only way he could think of to let her run around without him worrying about her getting lost or trying to run away and landing in serious trouble.
Also, there was always the remote possibility that someone might come looking for him one day. If that happened, and if they decided to take Star, the collar would give him an edge. Best to let her think it was part of the job.
“You shouldn’t label people, Star,” he said lightly. “It’s not PC, you know.”
Leaving her open-mouthed, Alexei went off for his run.
Star sat and thought for a while. She opened the front door, just to see what would happen. There were no alarm bells but a blast of icy rain made her shut it hastily again. Then she shrugged and did the dishes.