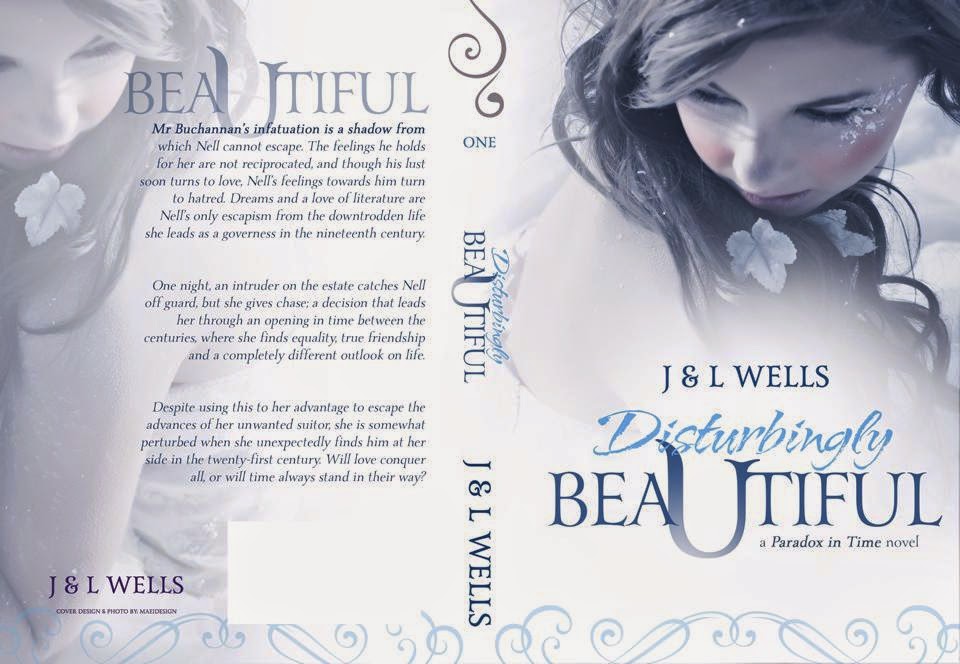 Synopsis:
The premeditated ripping of her dress seals her fate, and an intricate family plot slowly begins to unravel in which she finds herself centre stage. She was never supposed to leave Haunchcroft estate … and he will do everything in his power to keep her there.
Nell Dodsworth, a nineteenth-century governess, is seeking alternative employment following the tragic passing of her ward, Abigale. Her master, Mr Buchannan, suggests that she work for his elder sister, and until such time as she is able to take up the position, he insists that she remain at Haunchcroft Estate.

It is unheard of for a master to be so familiar with a member of the household as Mr Buchannan is with Nell, and after an uncomfortable encounter, he confuses her with his parting words … “My dear, I find you disturbingly beautiful.”

For reasons known only to her, Nell is anything but fond of Mr Buchannan and does everything in her power to avoid him. However, her avoidance tactics are usually unsuccessful, for it always seems that he has a way of seeking her out.

Upon overhearing a conversation between Mr Buchannan and his bedridden father, the Earl of Dulverton, Nell is unnerved by the revelation that her master intends to marry her. As the glass she is holding slips from her fingers, the noise alerts Mr Buchannan and she is discovered. While escorting her onto the landing, he requests that she join him in his bedchamber.

Unnerved by a thief on the estate, Nell gives chase and in so doing manages to travel forward in time, finding herself in the 1960s. Having left her archaic existence far behind, her life is suddenly enhanced as she finds friendship, egalitarianism and true love. But complexities unfold, leaving her broken-hearted after finding the man with whom she hopes to share the rest of her life….

On finding that there is no future for her in that time period, Nell returns home, though all is not well. The ripping of her dress seals her fate, and an intricate family plot slowly begins to unravel in which she is centre stage….

It is all too much for Nell to comprehend, and once again, she runs away, only this time she finds herself in the twenty-first century. When she comes face to face with a broken family, she discovers that many of their underlying problems are the result of her actions from her visit to the 1960s. Where love flourishes it has the means of finding a way, seemingly allowing Mr Buchannan to travel to this era to be with her.

When he finally meets up with Nell he sets the record straight, leading to a night of passion under the watchful eye of the stars. Wanting to be together but unable to settle in the twenty-first century, they decide to travel home. When they return to the year 1813, a paradox is created-

Laura Wells is a swimming teacher, with a love of books, animals and, of course, Jane Austen. Once a national swimmer, she now runs three swim schools of her own. She enjoys spending her spare time with her family and two mad Shiba Inus. She lives in Staffordshire, England.

Judy Wells works at a school; in her spare time she enjoys writing poetry and novels, and spending time with her animals. She also lives in Staffordshire, England.

Laura and Judy are a mother and daughter duo; with Judy's love of poetry and writing and Laura's ideas, they work extremely well together. Time-travel and historical romance novels are their passion, and they hope that after you have read their books, you will feel the same.

Our website is: www.jandlwells.com
Why not come and say hello to us on Facebook - J & L Wells -

and have a look at our novels on Goodreads:
http://www.goodreads.com/book/show/23298081-disturbingly-beautiful