~Blog Tour~ Power of the Secret by Elizabeth Loraine 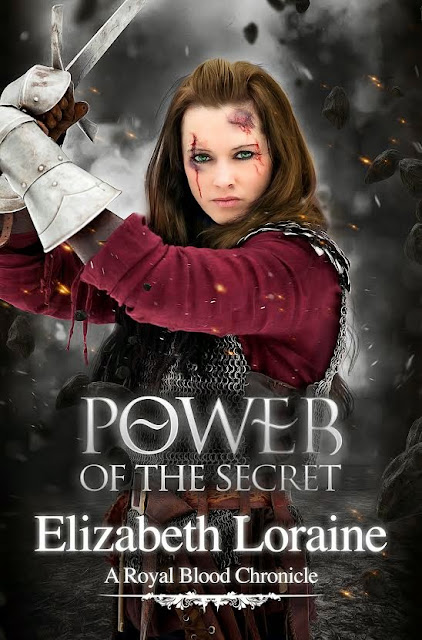 Blurb:
After Katrina begged Tao to open the journals that were recovered by Sabine, he had a vision which he refuses to share with her; causing her to believe her death is emanate. Even though she regrets asking Tao to open the journals, she can't and won't change her mind. Katrina realizes the Secret is right in front of her. She has a job to do and that means doing what Fredrik wanted: to keep The Forty safe and prepare them for a future that may not include any of their parents. Now she will fulfill her father's dying wish or die trying. Power of the Secret, book ten of the Royal Blood Chronicles is another fast paced addition to Elizabeth Loraine's best selling YA series. Another world built in which the world is at war, humans fighting each other for domination and land, while the peaceful hidden races fight for their very existence. Will Katrina be able to convince the Elves, Witches, Warlocks and many other magical races to fight as one this time, or will she have to step back and protect her own?