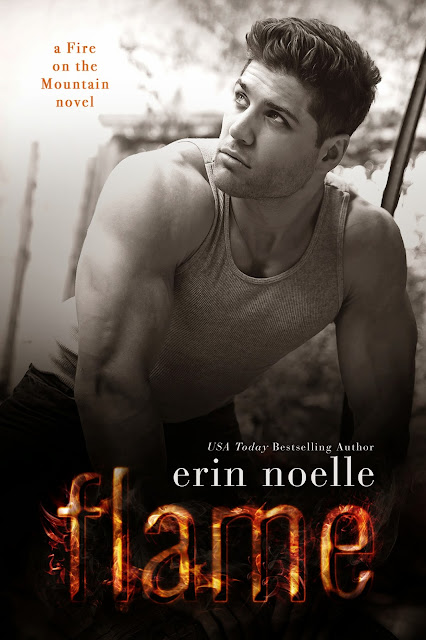 
After years of hard work and determination, I am exactly where I want to be in life. As the top ranked Freestyle Motocross rider in the world, I have more money than I could ever dream of spending and gorgeous women throwing themselves at me in every city I land. I have everything I could ever want.


While in Breckenridge for my best friend’s wedding, I was introduced to Dakota Shavell, a friend of the bride-to-be, and from the moment our blue gazes met, sparks flew.


What I initially intended to be a single steamy night together turned into a scorching two week road trip to New Orleans with a sassy-mouthed blonde. Being between her legs gave me a bigger adrenaline rush than I’d ever gotten from flying through the air while straddling a bike.


It was supposed to just be fun, a good time. I planned to walk away unchanged.


But it was more. Feelings I never intended to have got involved, and I’ll never be the same.


Yet, I still walked away.


Except now I’m injured and my outlook has changed. Priorities have become clear.


And I’m going back to reclaim her…to show her that together we can make the fire between us burst into flames.


The bright lights blind me to everything except the dirt track laid out in front of
me. The energetic, bustling noise from the crowd feeds the adrenaline buzzing
at the speed of light through my veins. The familiar vibration of the bike’s engine
securely tucked between my legs locks me into that special frame of mind where
things move in slow motion, allowing me to do what it is that I do best.

Why I’ve busted my ass every day for the last decade.

The final tour stop of the year.

Tightly wrapping my fingers around the
throttle, I coast down the ramp, picking up speed as I go. By the time the
tires hit the clay-colored earth, I envision myself executing the trick—my trick—flawlessly
from take-off to landing, exactly like I do each and every time I nail the 501
Double Back flip.

Moments later, I’m soaring through
the air, my body somersaulting forward over the handle bars as I whip the bike into
two full backward rotations. Out of the corner of my eye, I see a flash of
yellow and twist my head instinctively, wondering if it was her. If she came to
watch. A collective gasp from the packed crowd can be heard a split-second
before I look away from the multitude of camera flashes around the arena and
glance down below.

Subscribe to the newsletter HERE to get the rest of the prologue on May 27.

BOOK 1 in the series


My younger brother
is getting worse, and my job - my duty - is to help him at all costs. We've
tried everything modern medicine has to offer and nothing works.

Deciding to turn to unconventional treatments, we end up at Fire-on-the-Mountain, a holistic
resort deep in the Rockies.


In our search for medical marijuana, I find beautiful, free-spirited Hudson Shavell - a girl who
may not only hold the key to heal my brother, but to fix me as well. Even
though I can't afford distractions right now, she's all I can think about. All that I want.


It's funny how everything can change with one little SPARK.


***Though Spark is the first book in the Fire on the Mountain Series, it is a stand alone novel***


***Intended for mature audiences only***

Erin Noelle is a Texas native, where she lives with her husband and two young daughters. While earning her degree in History at the University of Houston, she rediscovered her love for reading that was first instilled by her grandmother when she was a young child.

A lover of happily-ever-afters, both historical and current, Erin is an avid reader of all romance novels.

Her books have been a part of the USA Today Bestselling list and the Amazon and Barnes & Noble overall Top 100.