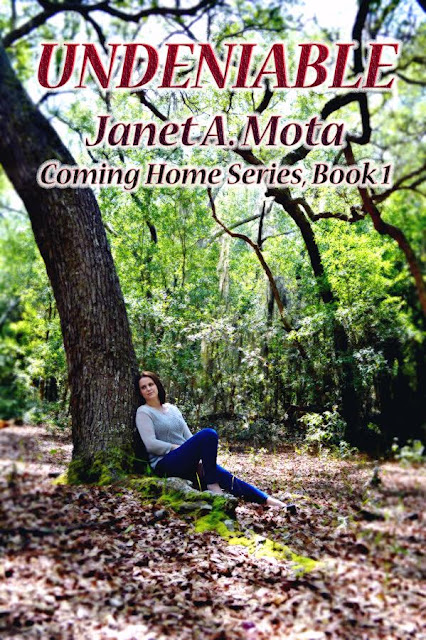 Blurb:
Tucker Blythe is a broken man.  His father mentally abused him.  He carried and lived with all the ugliness his father has pounded into his brain.  He wants a wife and children but fears that his father has been right.  He just isn’t good enough to have that.  He didn’t go to college and feels like he is in a mediocre job.  He believes he has nothing to offer a woman, especially the one he has wanted since he was ten years old.
Kayla Vincent is the girl next door.  She comes from a loving family.  She went away to college and is coming back to open the only dental practice in the small town.  Although she loved going away for college, she always knew that she would come back to the place she grew up in.  The man she wanted was also back home.  She knows everything about him and knows that it will be a long road to get him to love her back.  Will she be able to convince him that he is all she wants? 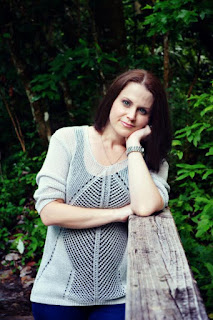 Janet A. Mota is 36 years old and lives in Jacksonville, FL with her husband and two children.  She was born and raised in Miami, FL but both of her parents are from Portugal.  She was raised like her parents were raised and her first language was Portuguese.  She didn’t know English when she started school.  Janet has three college degrees and is always striving to make more of herself.  Janet works in Bankruptcy Law during the day and writes at night.  She is also an editor, a beta reader and a reviewer.  Janet has published two books, Unexpected Surprises and Shattered.  Her third book, Undeniable, is scheduled to release on August 14, 2015.  Undeniable is Book 1 in the Coming Home Series.  This is the first series that Janet will be publishing.

I am sitting at the local bar contemplating on what I have done with my life. I am almost twenty eight years old and I feel like I haven’t done anything worthwhile. I always hated school. I made sure to get a high school diploma but college wasn’t in the cards for me. I went to a technical school and became a roofer a year later. I have been working at Southern Roofing for eight years now. I have made good money but I feel like my life is empty. My brother, Jake, and I don’t get along and it got worse after my parents passed away and he went off to college. My best friend, Shane, left home and went to Louisiana State University. He comes home to visit but it isn’t the same. Our little circle of friends seemed to have disappeared when everyone went to college and I stayed behind in the town we all grew up in. We all went our separate ways except for Jake and Belle. They both attended New York University and were both studying radiology. Don’t get me wrong. I am proud of all my friends and I want to see them succeed. Unfortunately, I can’t help but feel left behind. I don’t have a girlfriend and I have always dreamed of having a family of my own. The one girl I have always wanted is way out of my league and my best friend’s sister. Shane would kill me if I went after Kayla, I think. Honestly, I’m pretty sure Kayla would laugh in my face if I ever asked her out. Kayla is absolutely gorgeous. She has long light brown hair and the most amazing green eyes. She has an hourglass figure that will drop a man to his knees. Besides her killer looks, the enormous brain on that woman is so hot. I would give anything to have more than a friendship with her but I am afraid of rejection and that our friendship will go to hell. I am also pretty sure she has never looked at me that way anyway.