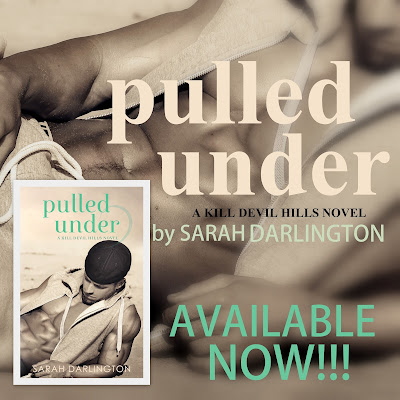 Pulled Under by Sarah Darlington
Synopsis:

: a grown man who is very immature, therefor considered a man-child

: a promiscuous man who has no regard for his sexual partners or the emotional value of his relationships

Rhett Morgan couldn't have been more wrong for me. The guy drank beer in the shower, for crying out loud. He had no prospects for the future, had slept with half the women in our beach town of Kill Devil Hills, and had no desire to change his manwhore ways.

And when Ben Turner, the guy I had loved from afar for the past four years, died and I couldn't get over his death, I desperately needed a distraction. A distraction like Rhett. So I used him for a one-night stand. Because, after all, that's the only thing a guy like Rhett is good for...right?

***New Adult Romance. This novel is the third book in the Kill Devil Hills series, however it can be read as a standalone. Recommended for 18+ 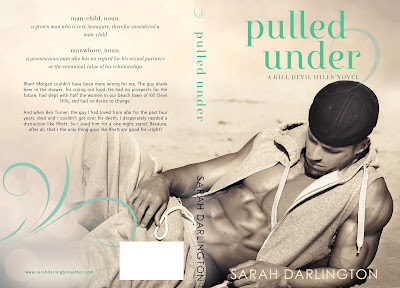 Other novels in the Kill Devil Hills Series: 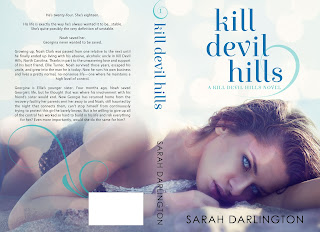 Noah is determined to escape his past and keep his life under control. Then he saves the life of his best friend’s little sister, Georgina Turner — who is battling her own demons. He can't get her out of his head, even if Georgina tears down the emotional walls he so carefully built. 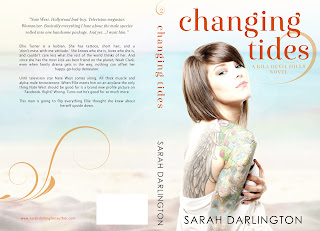 Ellie Turner is a lesbian. She knows who she is, loves who she is, and couldn’t care less what the rest of the world thinks of her. Then television star Nate West comes along. All thick muscle and alpha-male testosterone. When Ellie meets him on an airplane, he ignites something inside her she never knew existed. 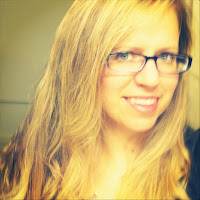 About Sarah Darlington
Sarah Darlington, a New Adult and contemporary romance author, resides in Virginia with her husband, three-year old, and one more little one on the way. Best known for her Kill Devil Hills Series, she's also a former flight attendant, with a degree in school counseling, and harbors a huge passion for traveling. She's especially set on visiting all 50 states.