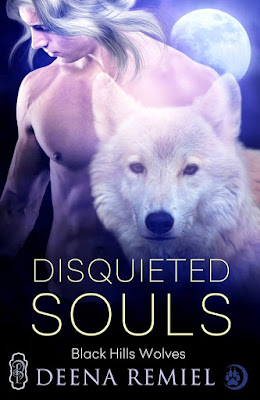 Blurb:
Willow Bissett, a fashion photographer, has had enough of the career that’s blackened her soul, and wants out. Her passion lies in taking pictures of nature, and she’s determined to make a living from doing it. When she stumbles upon a gruesome scene in the Black Hills Forest, her life is forever changed.

Greyson shouldn't be alive. As the runt of the litter, his mother left him to die in the wilderness. Picked up by Drew, son of the Alpha, he is adopted into the Tao Pack. Rather than living a charmed life, he lives his days alone, tormented by his abandonment and his unique appearance. His soul yearns for acceptance, peace, and closure.

Willow could be the answer to Greyson’s prayers, or the very death of him. 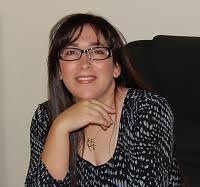 Deena spends her time playing in the Garden of Good and Evil as she writes paranormal romance and suspense. She’s been known to have downed a few beers with her angels, and even put Satan in his place a time or two. She’s fascinated with the concept of immortality and all its implications. Gilbert, Arizona, near her beloved Superstition Mountains, is where she and her family call home.

“Are you a fugitive from the law?”
He bared a perfect set of pearly white teeth any mother would be proud of and chuckled. “No. And I’ve never been arrested, either. You can relax.”
“So,” she pressed on, breathing easier once again, “you have a thing against the medical profession?”
He turned his face toward her, and she could now confirm his eyes, one rich amber with golden flecks, the other the deepest blue, were as beguiling as she’d figured. “You could say I’m a fast healer. I’ll be fine in a couple of days…Willow.”
When he spoke her name, it was as though he’d spread a coat of silky chocolate over her entire body and licked every ounce of it off with his tongue. Her palms tingled, her face flushed, and she shifted in her seat to ease the growing ache down low.
“Fast is one thing, but you’d need to be supernatural to bounce back from these wounds in a couple of days. Insert foot in mouth, Will.” She groaned and dropped her head into her hands.
“What do you mean?” His voice returned to a shaky whisper, but she heard him just fine.
She shrugged off her embarrassment and peered up at him. Enough dancing around the issue. She needed answers now that he was conscious and looking all delicious despite his injuries. So, she ignored his question and asked the first of many of her own. “Who are you?”
“My name is Greyson. Thanks for fixing me up. I’m sure you did an awesome job.”
“You’re welcome. I’m no doctor, but I make a damn good triage nurse in the wilderness when I need to. Back to you, Greyson. What the hell are you? And what actually happened out there? I can only guess, but I want the whole story. From the beginning. I don’t think it’s too much to ask…considering.”
“What if it is?”
“What if it is what?”
“Too much to ask.”