Untold Press is excited to share the fourth and final cover in Lynn Vroman's Energy Series. Energy Reborn is an upper Young Adult Science Fiction Fantasy. Want to receive book releases, giveaways, and other exciting Untold Press news first? Then, sign up for our newsletter today! Also, be sure to visit our website to discover more Untold Press books. Now, on to the exciting reveal!

Final book of The Energy Series Coming 2016
After the trauma from their final battle with Exemplar, Tarek is certain Lena is better off without him. She deserves a life without the baggage he carries. She deserves someone…real. But he refuses to live as a useless shell. He fights alongside Oren as they protect Exemplian citizens from what is left of Exemplar’s government. As he fights, one thought keeps him sane:

Tarek didn’t let Lena go. He gave her an out.

Lena has spent the last eight months trying to move forward. She has hope Tarek will heal, but she can’t wallow; she has to raise fifteen-year-old Peter, who suffers from the same ghosts as her soul mate. Her goal is simple: make Peter happy. Make him so damn happy that he drowns in it—while in secret, she yearns for the other half of her heart. But then Peter runs away, back to Exemplar—again.

This time is different.

This time, Peter doesn’t come back.

Lena soon grows desperate and reaches out to the one person able to help her—the one person who has sworn to leave her alone forever. Tarek.

Together again, Lena and Tarek find there is more than the problem of Peter to solve. Exemplian citizens are suffering under the repercussions of Lena and her army’s actions. They blew up the important buildings last year, but they didn’t kill every one intent on Exemplar remaining the superior world.
For Lena, the only answer is to finish what they started, but she won’t stop there. Exemplar’s vulnerable citizens and Peter are not the only people who need saved.

She’ll heal Tarek, too—whether he wants her to or not.

*The Energy Series In Order*

Born in Pennsylvania, Lynn spent most of her childhood, especially during math class, daydreaming. The main result that came from honing her imagination skills was brilliantly failing algebra. Today, she still spends an obscene amount of time in her head, only now she writes down all the cool stuff.

With a degree in English Literature, Lynn used college as an excuse to read for four years straight. She lives in the Pocono Mountains with her husband, raising the four most incredible human beings on the planet. She writes young adult novels, both fantasy, and contemporary.

To discover more about Lynn and her books, be sure to follow her social media avenues listed below. 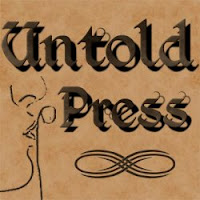