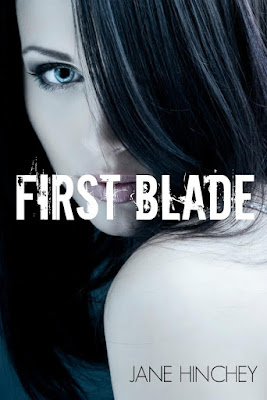 Blurb:
As the only half vampire, half angel in existence, Zak Goodwin is an unbeatable foe and unashamed womanizer. With his band of warriors, he rids the earth of demons, while guarding a ring created from the blood of angels – a ring that, when coupled with an ancient dagger, has the power to destroy the earth.  Only the dagger has been lost for centuries and no matter how great Zak’s power, it remains out of reach.

That is until Georgia Pearce, an ordinary human with psychic abilities, stumbles across the dagger hidden on her property, and the connection between the ring and dagger is activated.

With ancient vampires hot on her tail, Georgia risks it all to keep her loved ones safe, including her heart. Can she trust Zak not to betray her? 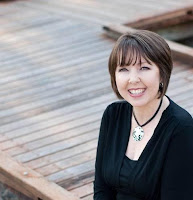 Author Jane Hinchey writes because she has to, the characters in her head won't give her a moments peace until she unleashes them into the world. She writes sexy, snarky, badass paranormal romances.

She's addicted to coffee, playing the sims and tropical holidays.
A former corporate nerd, she now lives with her hottie of a man, two cats and a turtle in the city of churches {aka Adelaide, South Australia}. Writing soothes her author heart and gives her peace...and working from home barefoot and braless doesn't hurt either.

She stood facing him now, breath rasping in and out of her lungs, skin sheened in sweat, but she would not back down. Crouched, knife held confidently in hand, she watched him. He was motionless before her, eerily so, but then she’d gotten used to that, it was a weird vampire thing. Her eyes scoured for his tell, a twitch or a blink that gave him away. There! That blink meant he was about to pounce. Just as he began to move she cut him off, leaping out of the way and slicing with the blade at the same time. The knife left a trail of red across his stomach and he looked down in surprise. She’d nailed him. His eyes narrowed dangerously and he mimicked her crouch. It was on like Donkey Kong. He pounced, she lunged and the dance continued movements fast and fluid until suddenly he was on top of her and white-hot pain shot through her abdomen. Her hands clutched at her stomach and she felt wet stickiness ooze through her fingers.

“Ah fuck,” Kyan cursed, springing up from her. They both looked to where the knife was protruding from her stomach, the scent of her blood filling the air.