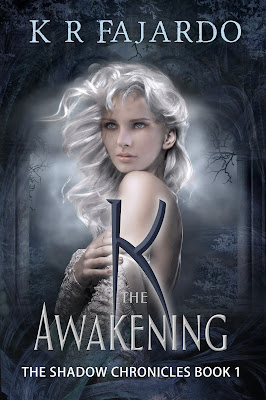 Blurb:
“Fifty years ago the Shadows betrayed me, left me to wither slowly into nothing, chained deep inside a hidden mountain cave. Meanwhile they took control of my kingdom, killing or enslaving any who would dare oppose them. But I am a patient woman … and immortal. The Shadows should enjoy their reign of terror while they can, in the meantime, I will continue to stare at these dark walls plotting my revenge. After all, it is only a matter of time, and I have all the time in the world.” K.

In the small town of Vicaris, Mikel and his daughter Citera live in and run a small clinic. It’s often chaotic and overwhelming, but neither of them would have it any other way. But their desire to help those in need, regardless of race or status, has often made them a target of the harassment by the Shadows forces.

Even so, when their Full-blood friend Rigar shows up at the back door of the clinic with the emaciated body of a young woman, Mikel doesn’t hesitate to bring her inside. And when they find out only minutes later the Shadows forces, including their henchman the Enforcer, are heading their direction, Mikel bravely puts his life on the line to protect the mysterious stranger.

Unbeknownst to Mikel, this young woman is the immortal queen the Shadows have been searching for decades to find. And it doesn’t take long before Mikel and his friends find themselves thrust into the midst of an ancient feud that will eventually decide the fate of Vanteria once and for all. 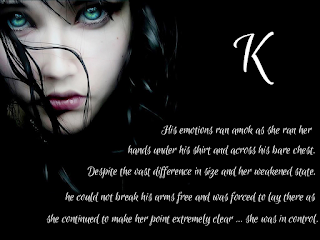 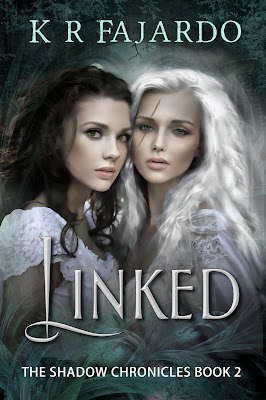 Blurb:
"Centuries ago I screwed up. Lost control of my darkness and did some things that I honestly wish I could erase from my memory. Feeling I had grown too powerful for my own good, the Council of Immortals banded together to create a linking spell which would forever connect my powers and emotions to those of a mortal with a pure and innocent heart. Unfortunately, the Council foolishly underestimated the depths to which my soul had descended. As a result, I have been forced to watch over and over again as my darkness eventually devoured the light shining within the poor souls chosen to be my Link. I would be lying if a said this didn't bother me, although probably not as much as it should. But regardless of my feelings, fate is fate, and unfortunately for Citera, hers has now become entwined with mine." - K.

Six months after K turned their lives upside down, Mikel, Citera, and their friends are beginning to settle into life inside Jaron’s camp. And with no patrols, inspectors, or Shadows around, it is a life none of them would have ever dreamed of having. However when ghosts from K’s past make an appearance and snap her usually unwavering control, Citera begins to be plagued by some strange and alarming symptoms. No longer able to keep the truth hidden, Jaron and K are forced to at last reveal the dark secret they have been keeping from the father and daughter, one that will alter the course of Citera’s life forever.

While her friends are adapting to life in paradise, Maya is struggling to survive her own personal hell. Locked in the Tower, she lives from day to day, desperate to find a way to connect with the only person who could make it all tolerable. Jarod, however, wanting to protect her from the darkness that is growing inside him, continues to push her away. But when a trip outside the Tower leads to Jarod learning that he has been lied to by the only person he ever trusted, he finds himself at a crossroads. Should he continue living the charade, protecting people who would just as soon see him dead as to look at him, or for the first time in his life, should he do what is right for him and allow himself to fall for this girl who consumes his every waking thought? 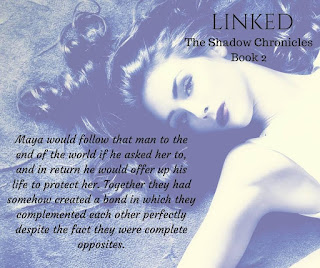 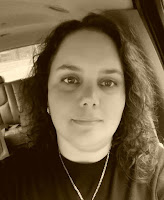 K.R. Fajardo (Kelli) is a married mother with 3 children who lives in East Texas and works part-time as an IMC nurse. She loves chocolate, Dr. Pepper, 80's music, and anything paranormal. Her favorite way to unwind after a long, hard day is to kick up her feet and immerse herself into the fantastical world of a good book. But when her youngest child started school several years ago, Kelli suddenly found herself with a large amount of extra time on her hands for the first time in over fifteen years. She debated for a short time as to whether or not she wanted to return to college, but after much consideration, swiftly decided that was not the path for her at the moment. Instead she decided this was the opportunity she had been waiting for to pursue her long time passion in writing and after a year of hard work and stumbling through the process, she self-published K: The Awakening. Now a member of Anchor Group Publishing, Kelli is excited to continue to pursue her dream and to keep sharing the stories that until now have lived only in her imagination. 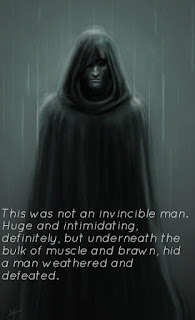 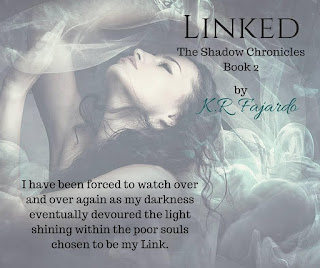