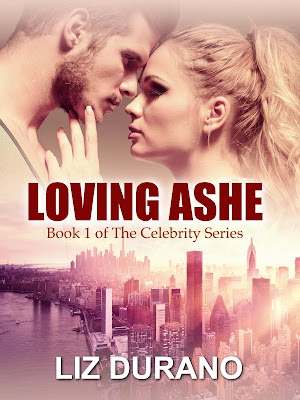 
Three years after her childhood sweetheart left her for his Hollywood dream, can a celebrity romance with British heartthrob Ashe Hunter get Riley Eames' life moving again?

A booty call. A stuck elevator. A chance to move on.

When Riley Eames agrees to meet her ex-boyfriend in his hotel room “just to talk,” she knows it could only mean one thing – a booty call.

But three years after he left her to pursue his Hollywood dream, she’s determined to get answers to the questions only he can answer – until she finds herself trapped in the elevator with charming British actor, Ashe Hunter, who’s in town to promote his latest movie.

But a celebrity romance may not be enough to get Riley’s life moving again, not when the answers long kept hidden from her are finally revealed, and letting go just might be the last thing she can ever do.

“Twenty questions,” Ashe said softly as Riley snuggled against him, both of them facing the window. More than twenty-four hours since they both stumbled into her apartment after a beautiful night out on the town, it was drizzling.  Water trails made their way down the window panes, casting shadows across their bodies lying on the bed.

Riley didn’t have to glance at the clock to know that dawn was approaching. They’d fallen asleep after the third time making love–the third time of crying out his name as she came, her voice growing hoarser with each gasp, each moan, each breath that left her lips. Her body was spent, though her spirits soared every time he touched her, kissed her, and pulled her towards him. She loved the way he looked at her when he made love to her, the way he buried his face in her hair, his fingers interlaced with hers that told Riley he was really there, and he was really seeing her.

He was baring her.

“Can we just start with five?” Riley asked. “I’m usually the one who asks the questions.”

“Why are you afraid of being asked similar questions you had no problems asking me?”

“I just prefer to ask them.”

“Because I’ve made my mistakes, and I don’t want to be judged because of them.”

“Do you believe falling in love is a mistake?” he asked.

“Only when there’s no guarantee that it’ll last forever.”

“Nothing last forever, Riley. But would you have wanted the last…relationship to last forever?”

“Please answer the question, Riley. Would you prefer thatrelationship to last forever? Gareth?”

“In hindsight, no,” she replied. “He would have betrayed me anyway. If not in L.A., then right here in New York. Or anywhere for that matter.”

“You’re uncomfortable,” Ashe said. “Would you want me to stop asking questions?”

Riley turned to face him, marveling at the color of his eyes. So blue, darkening whenever he frowned. She shook her head. “It’s only fair that you get to ask the questions.”

“Even if it makes you uncomfortable?”

“Maybe it’s time for me to stop feeling too comfortable,” Riley replied as she turned to lay on her back. Ashe still had his arm around her, his other hand supporting his head. “I’ve been hiding from the truth for so long. If not drugs, then I did it by working too much. And I still do.”

“What are you afraid of?”

“The truth–the awful, ugly truth that people hide behind their lies, their smiles,” she replied. “So sometimes I don’t even try asking the questions that need to be asked. I’m afraid that I’d find out the truth and it’ll hurt. And I’m afraid of being alone.”

“But you’re not alone. So many people love you.”

“Then why do I feel lonely?”

Riley shook her head, forcing a smile before sighing. This was exactly what she feared. The truth. But she might as well say it for in the morning, he’d be gone, and he’d probably forget all about her.

“No, right now I’m fine. But when you go–and you will go–then I will feel lonely. But I’ll be okay,” she said, looking up at him, serious now. “Any more questions?”

Ashe frowned. He was studying her face as if he was taking in every curve of her cheek, every line that would have told him she really laughed more than she cried. She was a barista after all. And baristas needed to be happy.

“Do you ever feel lonely?”

“Sometimes,” he replied. “And I never felt as lonely as I did when I first met you in that elevator. Two people standing in a box, yet so distant. So alone, and so apart from each other. You on your way to something that would connect you with your past–”

“I had changed my mind then.”

“–and me walking away from people who wanted me only according to what I could do for them,” he said, smiling drily.

Riley turned to look at him. Before this, they’d lain on the bed on their sides, still facing the window with her back to him. But she needed to see him now, to see his face, his eyes.

“Is that why you started talking to me?” Riley asked. “To make a connection to something else? Something more real?”

“Someone, Riley. Not something. And you’re more than real. You’re the real thing,” Ashe said, kissing her forehead. “You made me smile my first real smile that day.”

“Well, I can be comedy relief,” she said softly though Riley didn’t laugh. There was something in his words that tugged at her.

“Well, there’s that,” Ashe chuckled, rolling onto his back as Riley turned to face him, half on her side and half leaning against him. His fingers played with her hair, pushing a lock away from her face or twirling it around his long fingers. “You’re a very beautiful woman, Riley. Never forget that.”