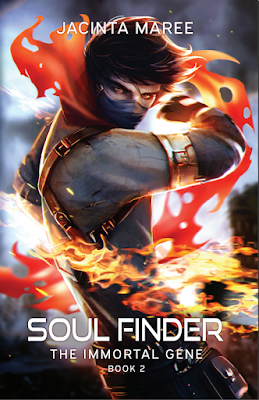 Blurb:
Since being discovered as Soulless, Nadia has become a target for both terrorist groups and government corporations. Now, her only hope for survival rests in the hands of the man sent out to kill her: Diesel, the Mad Dog terrorist.

Diesel is determined to free himself of the never ending curse of reincarnation and the haunting memories that plague his mind. But when his search leads him to Nadia, a greater desire stills him from taking her life.

Unable to see into Diesel's cracking mind, Nadia instead puts her faith into his strength, fueled by eleven generations of unmatched rage and insanity. Their tight-rope relationship balances the two between life and death, love and rage, trust and betrayal.
Tension pulls at the hems of their dangerous companionship, and as time runs out all madmen must eventually make their choice.

Book two of the thrilling Immortal Gene series dives deeper into the danger of trusting your heart over your head.

Readers discretion: Adult language, violence and some adult scenes. For mature audiences only. 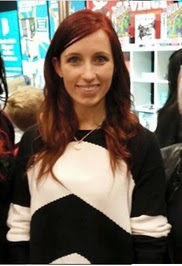 Born in Melbourne Australia, Jacinta Maree considers herself a chocoholic with an obsession with dragons, video gaming and Japan. She writes a variety of genres including YA paranormal, steampunk, horror, new adult, dystopian and fantasy. Winner of 2014 Horror of the year and bestselling author, Jacinta writes to bring enjoyment to others while fulfilling her own need to explore the weird and the impossible.

Diesel slowly stood. “I have been thinking a lot lately. About how delicate this situation is. I have had many experiences in hostage situations. But you are different. Difficult.” He stepped around the table. I shuffled back. His voice dropped and curled with a gentle accent that didn’t suit his pitch. A Russian accent, spoken through an English voice. Krane. He jabbed at his own temple with the gun. “You’ve done something to me, you’ve planted this desire into my head. Something I need to stamp out.” His eyes shot down and his eyebrows twitched, pinched by a thought. “I know you. I know your weaknesses, Nadia. I also know where to find that darling sister you are so protective of.”
I shook a sharp breath in, “You wouldn’t dare.”
“A desperate man would do anything, and you are making me very desperate.”
He truly would do anything to keep me leashed to him. He would find Annie. He would bait me with her.
“I need you to stay with me, Nadia. I have sacrificed so much for you. Don’t you get it? You and me, we are more than life. We are more than this. Without you I will crumple into ruins.” The earnestly behind his words shuddered his breath. Weakened his body. I blinked at the poetry of it. At first I thought I was the wax, bending and breaking within Diesel’s presence, but it turned out I was the flame. I was destroying him.
“You forget.” I turned the gun against my own head. “I know your weakness too.” 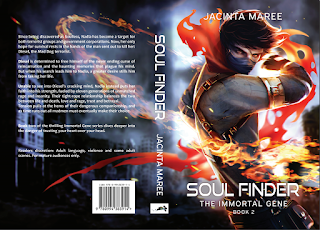