~Cover Reveal & Giveaway~ Shadows from the Past by Ashley Dawn 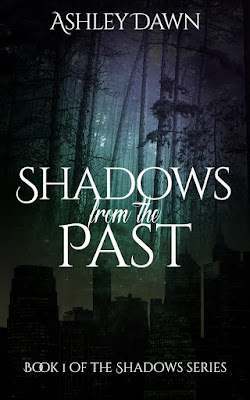 Blurb:
Shadows From the Past

“…It is the price you pay for choosing to be a cop. Your brother’s life…”

Those words haunt her dreams, and her waking moments. LAPD officer, Aurora Kavvan cannot rest until she finds her brothers killer. Digging into the past always brings back unpleasant things: memories, guilt…the hit man. Now she is in a race against time to find the murderer before he finds her.

Someone was trying to kill his dead partner’s sister. FBI agent, Jordan Reiley will stop at nothing to protect the woman he loves. Even if it means going against her wishes; putting himself between her and the man who murdered her brother.

Will God keep them alive long enough for them to find the truth?

Author Ashley Dawn was born and raised in rural Arkansas where she developed her love for writing while helping in her parent's office. She graduated with an accounting degree from the University of Central Arkansas but is currently working as a legal assistant.

Ashley has been writing professionally for the past ten years and has three published books.  Her Shadows Series include Shadows From The Past, Shadows of Suspicion and Shadows of Pain.  She is currently working on multiple projects including the fourth in her ‘Shadows’ series entitled “Shadows of Deception” and also a standalone suspense titled ‘One of Their Own’.  She an­­d her family make their home in Texas. 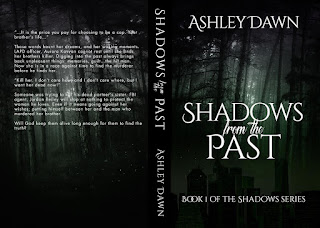