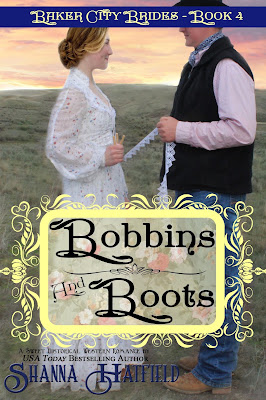 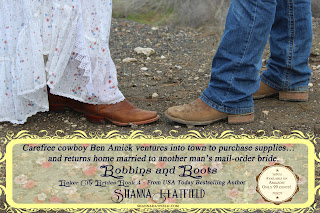 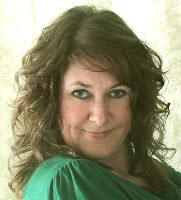 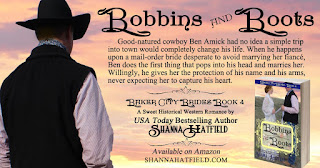 Finally, he let his gaze settle on Miss Tillman. The hope sparkling in those beautiful eyes made him lose the ability to think with any reason or sense.

Words spilled out of his mouth even though he had no idea where they originated. “It looks like you need a husband, Miss Tillman. If you aren’t opposed to that man being me, I’d be pleased to marry you.”

“I wouldn’t be opposed, Mr. Amick.” A blush covered her cheeks, making the freckles that dusted them stand out in contrast to her smooth skin.

Ben fought down the urge to give her a comforting hug. Instead, he took a step back and looked to Edwin. “If I go find Pastor Eagan, do you think we could exchange vows in your parlor?”

“Certainly, Ben. We’ll be ready when you return.” Edwin slapped him on the back with a broad smile as Hattie hurried up the front steps, tugging Allie along behind her. 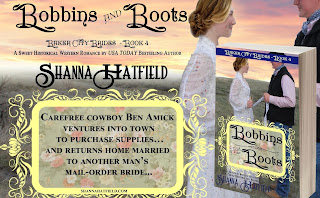